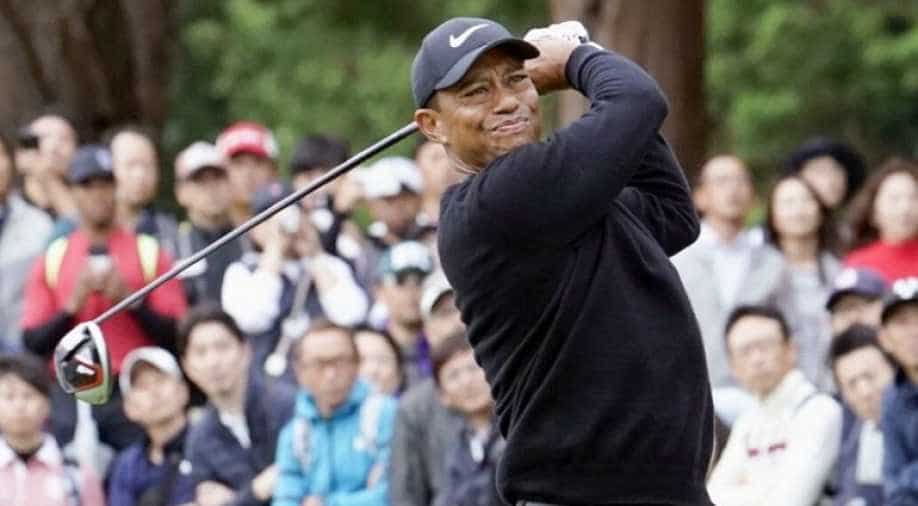 Tiger Woods during the first round of the Zozo Championship. Photograph:( Reuters )

Golf legend Tiger Woods would be making an appearance at the Hero World Challenge tournament on Tuesday. It will be Woods’ first public appearance since his brush with death in a major car accident in February.

It is the biggest story in golf and perhaps world sport.

The atmosphere around Albany Golf Course crackled with anticipation as an email from the PGA tour dropped into our inboxes on Monday afternoon confirming that Tiger Woods would be making an appearance at the Hero World Challenge tournament on Tuesday.

It will be Woods’ first public appearance since his brush with death in February.

Woods was driving to a television shoot when he lost control on a hilly descent in the suburbs of Los Angeles and his car overturned multiple times before coming to a halt.

First responders later revealed that Woods was lucky to be alive and he underwent multiple surgeries to repair substantial damage in his legs and ankle.

Since then, there have been fleeting glimpses and rare public posts on his social media handles.

Also read: Tiger Woods posts photo of himself on crutches, says rehab is 'coming along'

Last week he teased what many considered to be an improbable return to golf by posting a two-second video of what looked like a practice round.

Earlier this year in February doctors and medical experts believed the nature of the injuries would make any return to golf virtually impossible.

Tiger Woods though has a history of making barely believable comebacks. He has gone under the knife on multiple occasions over the last decade and remains the sport’s biggest draw.

Can he make another comeback, can he provide golf fans with one final hurrah or will it be the final act in a record-breaking career?

The world waits in anticipation, WION has a front row ticket.