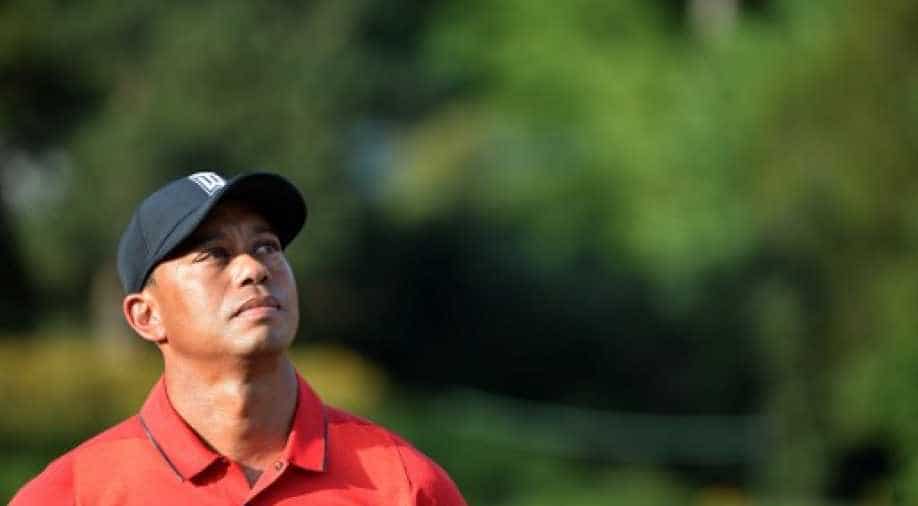 Woods, who played in the unofficial Hero World Challenge invitational last month, is stepping up his comeback with a demanding series of tournaments as he targets April's Masters at Augusta. Photograph:( AFP )

Tiger Woods' long-awaited PGA Tour comeback came to a premature end on Friday after the former world number one missed the cut at the Farmers Insurance Open.

Woods had started the day at Torrey Pines Golf Course needing a low second round score to extend his participation into the weekend after a wayward four-over-par first round 76 on Thursday.

But despite perfect conditions on Torrey Pines' more forgiving North Course, Woods again struggled to generate any momentum, carding a level par 72 which left him four-over after 36 holes.

With the cut line projected at level par, Woods was left revising his plans for the weekend after a disappointing outing in his first PGA Tour event since August 2015.

"It's frustrating, not being able to have a chance to win the tournament," Woods told reporters afterwards. "I didn't make the cut."

Woods, who now heads to the Gulf for the Omega Dubai Desert Classic next week, took comfort from signs of improvement following his erratic opening round.

"Overall today was a lot better than yesterday. I hit it better, I putted well again," Woods said.

"I hit a lot of beautiful putts that didn't go in. But I hit it a lot better today which was nice," Woods said, adding that he will only get sharper after playing more tournaments.

"Playing tournament golf is a bit different to playing with your buddies in a cart. I need to get more rounds under my belt and more playing time and that's what I'm trying to do," he said.

Woods, who played in the unofficial Hero World Challenge invitational last month, is stepping up his comeback with a demanding series of tournaments as he targets April's Masters at Augusta.

But the 41-year-old could only reflect on a frustrating outing at Torrey Pines, the picturesque coastal course nestling against the Pacific Ocean just outside San Diego where he has won no fewer than eight times.

Teeing off on the 10th, Woods got off to a perfect start with a birdie on the opening hole to drop to three over.

But a bogey on his third hole of the day stunted any hopes of a birdie spree, and he battled his way around the remainder of the front nine with six pars and few real birdie chances.

The writing was on the wall after a bogey on his 12th hole, the par-three third, to drift out to five over. He pulled a shot back with a birdie on the par-five fifth, but it was too little too late.

Woods was not the only high-profile casualty on Friday, with world number one Jason Day and world number three Dustin Johnson also finishing outside the cut line.