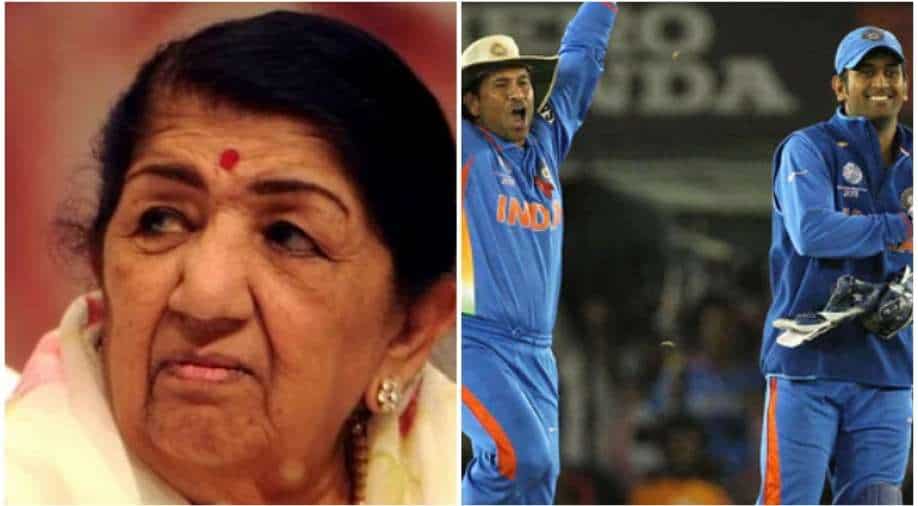 The 'nightingale of India' Lata Mangeskar had fasted for the entire day during India-Pakistan's riveting 2011 ODI World Cup semi-final clash at Mohali. Here's what she had told after MS Dhoni-led India's famous win back in 2011:

On Sunday (February 6), India lost one of its biggest superstars in the form of Lata Mangeshkar as the ace singer passed away at Mumbai's Breach Candy hospital after a month-long battle with Covid-19 infection. The sensational singer touched several hearts with her soulful voice over the years and her contributions to the Indian film industry will remain alive forever.

For the unversed, Mangeshkar was an ardent fan of the Indian cricket team. She was in attendance during Kapil Dev-led India's emphatic 1983 World Cup win at Lord's. In addition, the 'nightingale of India' had fasted for the entire day during India-Pakistan's riveting 2011 ODI World Cup semi-final clash at Mohali. In an interview with PTI at the time, Mangeshkar had revealed, “I had watched the whole match and I was very tense. Everyone in my family follows some kind of superstition when India is playing. I, Meena, and Usha did not eat or drink anything during the match. I was constantly praying for victory and we had our dinner after India won."

Talking about the Indo-Pak CWC'11 semi-final clash, MS Dhoni-led Men in Blue beat Pakistan by 29 runs -- in defence of 261 -- to enter the final, where they beat Sri Lanka and clinch the mega title.

The late singer's death has led to a two-date state mourning nationwide. Her funeral was conducted in Mumbai on Sunday evening with several big names such as Prime Minister Narendra Modi, Shahrukh Khan, Sachin Tendulkar being in attendance. Cricketers from various parts of the world also took to social media platform Twitter to pay tribute and condolences to the iconic singer.