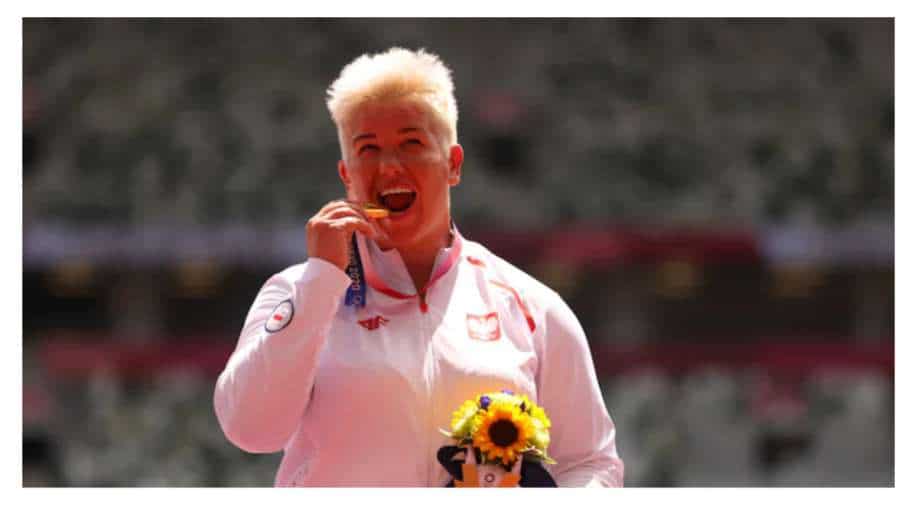 The three-time Olympic gold medallist suffered an injury while chasing a thief and is out of action for the remainder of the season.

Poland's Olympic hammer champion Anita Wlodarczyk is set to be out of action for the remainder of the season after undergoing surgery for an injury that she had sustained while stopping a thief who tried to break into her car.

The three-time Olympic gold medallist took to her official Instagram account and revealed that she totally severed a thigh muscle during the unfortunate incident, which took place last week. Nonetheless, she remains focused and expressed her intent to take part in the 2024 Paris Olympics.

After posting a photo on Friday (June 10), Anita shared details about the incident where she got injured. She revealed that she had managed to get the better of the thief and handed him to the cops. "I single-handedly apprehended the thief and handed him over to the police. Unfortunately, I paid for it with a muscle injury. Injury diagnosed. Surgery on Monday," said the 36-year-old.

Following her surgery, the 36-year-old veteran athlete revealed that she still has the hunger to attain her fourth gold in the Paris Olympics and will leave no stone unturned to come back to the top. "My athletics season is over. I am already after a successful surgery under the supervision of Dr. Robert. Faith and optimism do not leave me. Now a lot of work is waiting for me in rehabilitation. I will do everything to come back again to the top," said Wlodarczyk.

Despite her setback, Anita hasn't gotten bogged down and remains determined for more glory in the coming years. For the unversed, she holds the women's world record in the hammer throw (82.98 metres) and is surely not done yet. Not a surprise that she is considered the greatest women’s hammer thrower of all time.