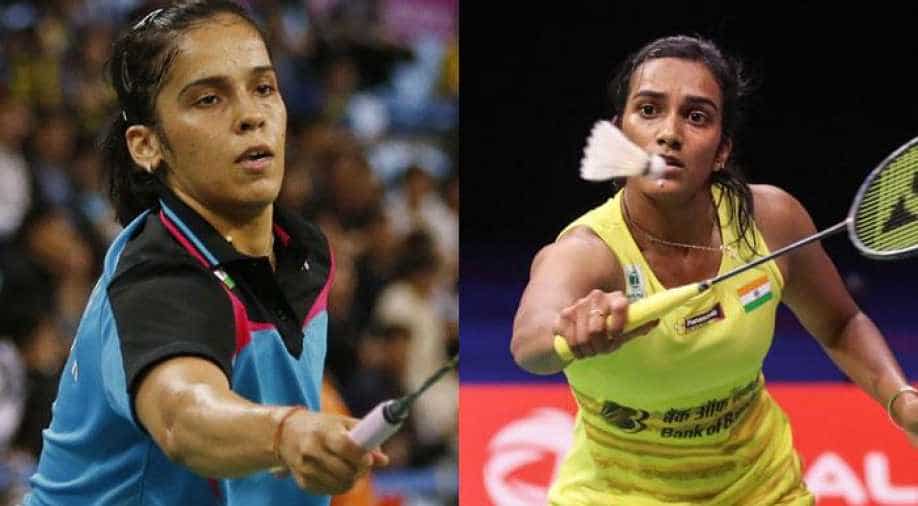 India's star shuttler Saina Nehwal on Saturday revealed that her arc-rival PV Sindhu is just another opponent for her.

Nehwal has a 3-1 head-to-head record in the international matches against Rio Games silver medallist Sindhu.

While speaking to reporters at the sidelines of a felicitation function of the CWG medal winning shuttlers by the Badminton Association of India, the London Olympics bronze medallist said," It's not about me playing against Sindhu or any other opponent. I just take her (Sindhu) as any other opponent. I have issues with some of the players but I am comfortable playing against some of them."

"Maybe my game is more suited while playing against them. But I don't know how it happened but it is happening on the court," She added.

However, she considers her opponents including Saina to be dangerous and wants to be better than them.

"I keep working on my areas of weakness. I want to think that I am better than my opponent but actually that is not. Maybe Sindhu or any other player in the world, all are very dangerous at the moment. I have to be always careful and be alert about the mistakes I had done in matches against them."

Saina was part of the mixed event gold winning team and then clinched another yellow metal in the women's singles where she defeated Sindhu in the final in straight games.

After that, she won a bronze in the Asian Badminton Championships in China after losing to Tai Tzu Ying of Chinese Taipei in semifinals.

Asked if the badminton fans are seeing the Saina of the old, she said, "I am playing very well, don't know of old (or not). But this is winning me medals."

Talking about the upcoming Asian Games, she said India should do better than earlier editions as all the top players are currently in great form.

"Asian Games is going to be tougher than the CWG, it is almost the same level as Olympics. It is going to be difficult but all of us are playing very well at the moment and our confidence is really high. It depends on the draw also. But I think the performance should be better this time," she said.