'This is obvious': Manchester United coach Ralf Rangnick on need of a young striker 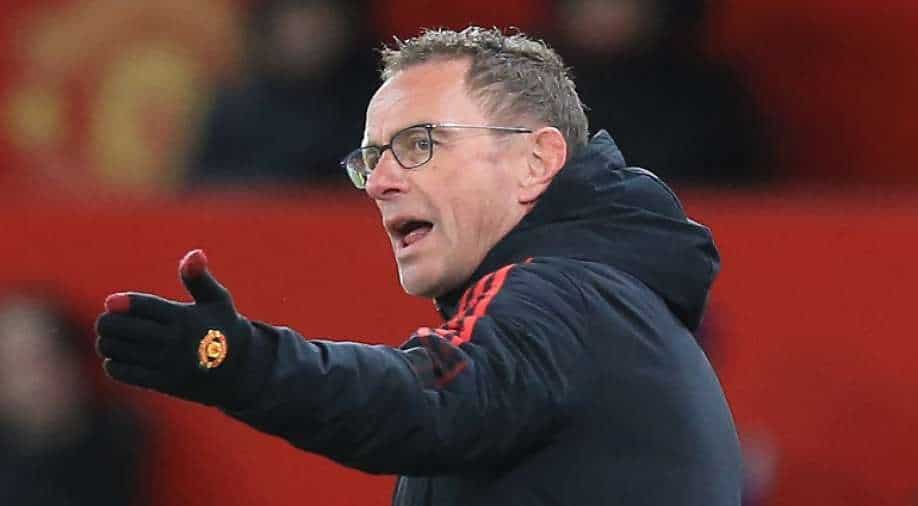 Manchester United coach Ralf Rangnick feels that there is an 'obvious' need of a young striker with the attacking duo of Cristiano Ronaldo and Edinson Cavani.

Manchester United coach Ralf Rangnick said the club is in "obvious" need of a young striker with the attacking duo of Cristiano Ronaldo and Edinson Cavani both in the twilight years of their careers.

Ronaldo, 37, and Cavani, who turns 35 on Feb. 14, are currently United's primary attacking options, with Anthony Martial on loan at Sevilla and Mason Greenwood unavailable for selection.

United have struggled to make the most of their attacking opportunities in recent weeks, crashing out of the FA Cup on penalties against Middlesbrough following a 1-1 draw in which they had 30 shots at goal.

ALSO READ: Christian Eriksen unveiled at Brentford, says he is determined to prove he is still the same player

The Manchester club then amassed 22 further efforts on goal against Burnley in another 1-1 draw on Tuesday.

"This is obvious," Rangnick told reporters on Friday when asked about whether the club will be looking to sign a younger forward for the coming season. "Edinson's contract is running out in the summer and the club needs the best possible centre forward.

"This is a obvious one and I think everyone is aware of that."

Rangnick also played down Ronaldo's reaction to United's midweek draw with Burnley, after the Portuguese international walked off at the final whistle without acknowledging the travelling fans.

"Cristiano, as we all know, is 37 and I think he knows himself what he should do or should not do and also what he has to do.

"Why he didn't do it and why he left the pitch directly after the full-time whistle was perhaps because he was also disappointed that we only got a draw and that he or the team couldn't score."

United are sixth in the league standings on 39 points, 11 ahead of 10th-placed Southampton, who they host on Saturday.