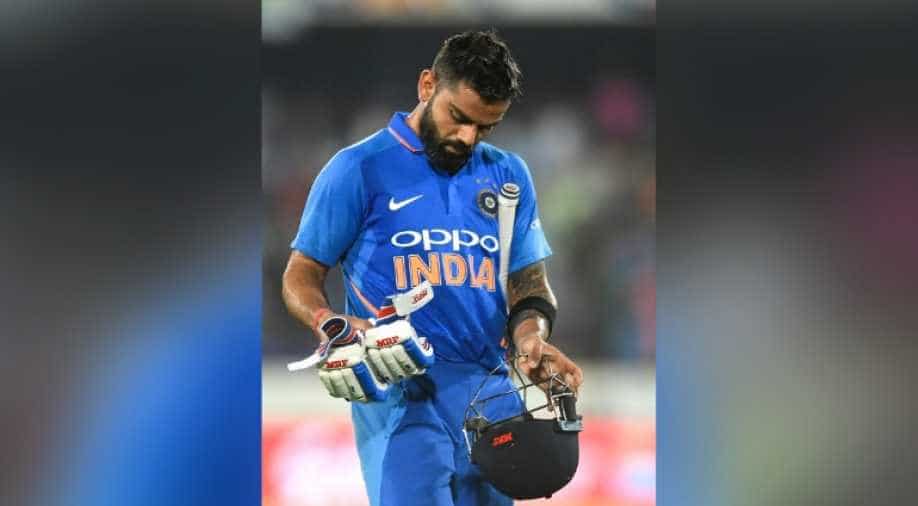 'If we go in with that motivation that we can do something for the Army, you will see a different level of passion coming out of us,' said Kohli

Before leaving for the Cricket World Cup 2019, Indian team captain Virat Kohli said that there ain't a bigger motivation that Indian Army after the former Indian cricketer Mohinder Amarnath had motivated the Indian cricketers to play the World Cup this year for the armed forces.

On being asked in this regard, Kohli said, "You get motivation from several sources. There's no bigger motivation than the Indian Army.

"If you want to dedicate it to the army, there can't be anything better," Kohli added.

"If we go in with that motivation that we can do something for the Army, you will see a different level of passion coming out of us. But that also depends on a lot of other factors. Every individual has a different motivation while playing in the World Cup.

"I think if everyone keeps the Indian Army in mind then we will get an extra boost from it," Virat Kohli added.

Indian will play two warm-up matches against New Zealand and Bangladesh on May 25 and May 28 respectively before starting their campaign against South Africa on June 5.

Recently, during the India-Australia series, the Indian cricket team paid tribute to Indian Army in the third ODI match after the ghastly Pulwama attack that killed over 40 CRPF soldiers.

They also decided to contribute their match fees from that game to the National Defence Fund.

Even in the recently concluded Indian Premier League 2019, BCCI's contributed the entire budget earmarked for the league's opening ceremony to the funds of the Indian armed forces and Central Reserve Police Force (CRPF).

The BCCI has contributed a sum of Rs 20 crore.

Despite the fourth-place-batsman conundrum, the Indian team boast of a strong batting unit in the presence of openers Rohit Sharma and Shikhar Dhawan along with Kohli, Dinesh Karthik, MS Dhoni and Hardik Pandya to follow.