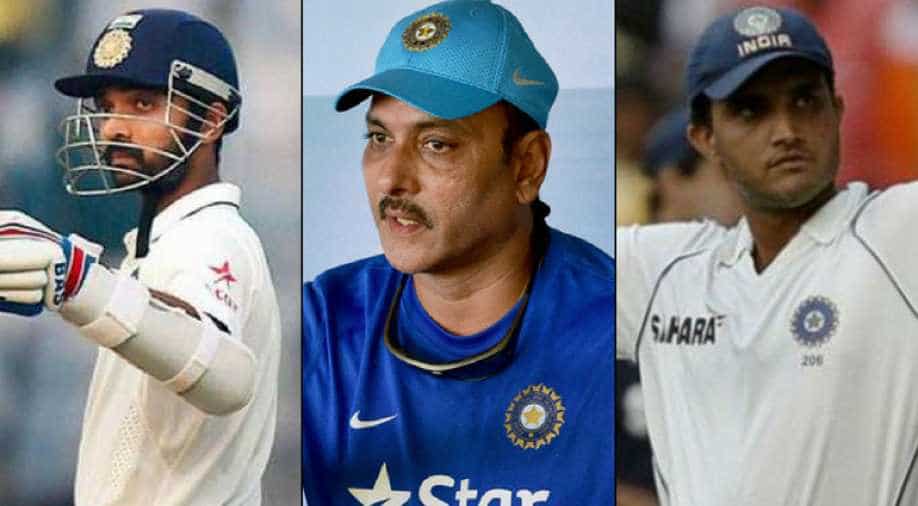 Scoring a century is always a special feeling for a batsman but reaching the three-digit mark at Lord’s cricket ground is a dream which every player cannot achieve.

In 86 years of cricket history between India and England, only 11 centuries have been scored at Lord’s in Test by nine Indian batsmen.

Sunil Gavaskar, Sachin Tendulkar, Brian Lara and Ricky Ponting are the big names who have ‘not achieved’ the feat. Yes you heard it right.

Ajinkya Rahane wrote his name on ‘Honours Board’ in his first attempt. India’s Test vice-captain succeeded at a venue where his icon Sachin Tendulkar failed to attain the three-figure mark. His 103 runs in 154 balls, made him the only the second Indian to register a hundred on first appearance at the 'Mecca of Cricket', after Sourav Ganguly.

The ‘Wall of India’ Rahul Dravid was very close to register his hundred on his Test debut in 1996, but failed to reach the three-figure mark. However, in 2011, the former captain made sure of he achieved the feat with his 33rd Test century. He countered the moving ball by reaching out calmly and driving, playing every ball on its merit.

Ajit Agarkar’s century at Lord’s was almost a shock and full stop to all the questions raised on his caliber. He surprised all and sundry with his batting in a game everyone thought India was certained to be defeated. Agarkar came out to bat on the fourth evening with scoreboard reading 170 for six and slammed an unbeaten 109 runs which came in 190 balls and included 16 boundaries.

Cricket great Sourav Ganguly was quite at ease at the crease when he batted for more than seven hours and hit 20 fours in scoring 131. His ton in 1996, made him the first Indian to score a century at Lord’s in his first innings.

Legends Dilip Vengsarkar and Gundappa Viswanath saved India from certain defeat in the second Test of the series in 1979. Leading the way, Vengsarkar made 103 runs in 295 balls while Gundappa made 113 in 337 balls. Vengsarkar’s innings lasted just less than six hours, and included 13 fours. He was named man of the match for his superb inning.

In 1982, Vengsarkar played another brilliant innings under pressure. Coming in to bat at the fall of the first wicket, he scored 157 of 246 runs made by India during his stay at the wicket. His inning included 21 boundaries.

In 1986 it was again Vengsarkar, who saved India from embarrassment. His 126 not out in the first Test at Lord’s gave him the unique distinction of becoming the first overseas player to score three successive centuries at Lord’s. His 213 ball inning did not go waste as India registered a win against the English side.

The 1952 Lord’s Test will always be remembered for the magnificent all-round display of Vinoo Mankad. Mankad became the first Indian, and fifth ever, to complete a century and take five wickets in a single Test. Fatigue overtook him and his splendid 184 runs inning came to end with a yorker. His innings was studded with 19 fours and a six.