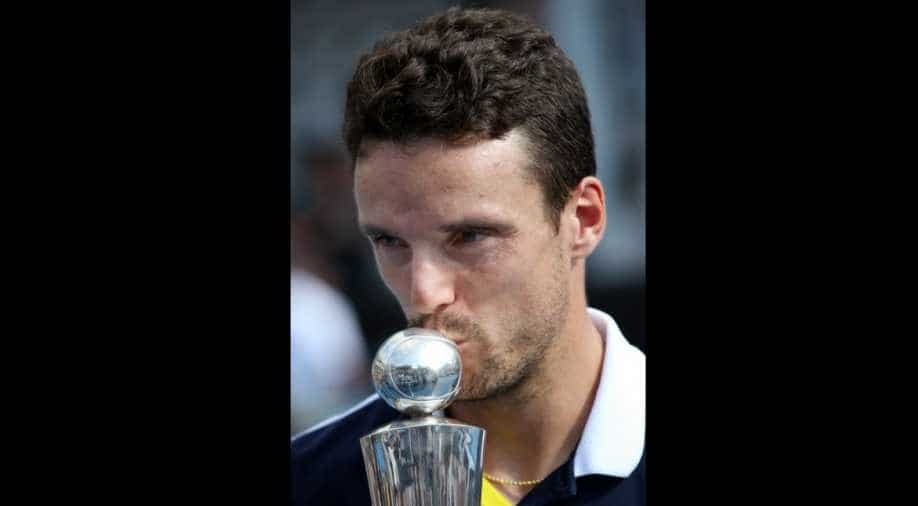 Roberto Bautista Agut of Spain kisses the trophy as he celebrates his win against Juan Martin Del Potro of Argintina at the men's singles final match of the ATP Auckland Classic. Photograph:( AFP )

Roberto Bautista Agut his second Auckland title and received a big confidence boost going into the Australian Open when he beat Juan Martin del Potro in three sets in the ATP Auckland Classic final on Saturday.

Both players are seeded in the Australian Open with del Potro 12th and Bautista Agut 20th but it was the Spaniard who was in command in Auckland.

He targeted the Argentinian's backhand with confidence and when he switched to the forehand court del Potro's return placement was off in the first set.

But in the second set, Del Potro regained his touch and broke Bautista Agut for the first time at 5-4 to take the set.

The final set remained with serve until Bautista Agut broke at 5-5 and then served for the match.

Del Potro ready for Melbourne despite Auckland loss he said after the match, "I played well and I'm looking forward to doing well in Melbourne. It's a big event for me, another Grand Slam which is amazing after all my wrist problems," he said.