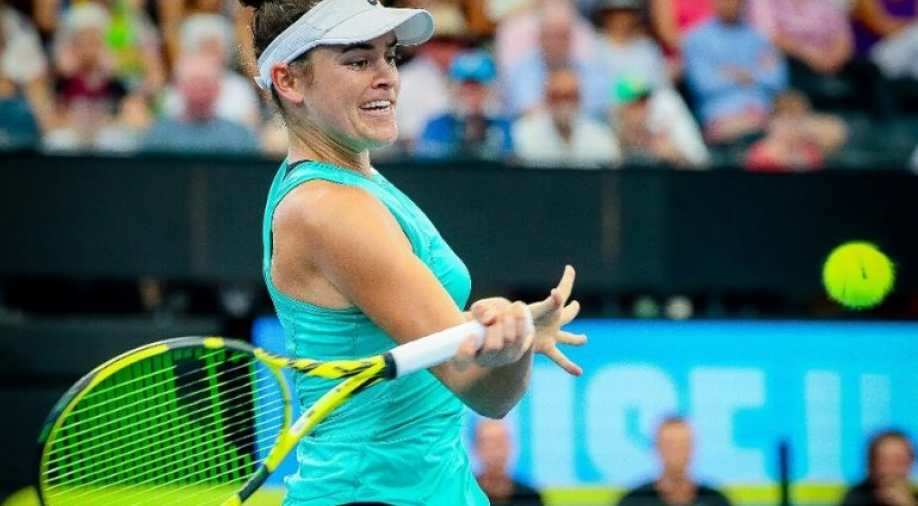 Jennifer Brady of the US hits a return against Ashleigh Barty of Australia during their women's singles match at the Brisbane International tennis tournament in Brisbane on January 9, 2020. Photograph:( AFP )

World number one Ash barty was defeated by American qualifier Jennifer Brady with a 6-4 7-6(4) straight-sets victory.

American qualifier Jennifer Brady claimed the first top 10 wins of her career with an upset 6-4 7-6(4) straight-sets victory over world number one Ash Barty on Thursday to advance to the Brisbane International quarter-finals.

With the tournament moving into the Pat Rafter Arena at the Queensland Tennis Centre following the end of the ATP Cup group stage, Brady had to contend with not only the Australian top seed, who was given a bye to the last-16, but also a vociferous home crowd.

Barty, who had never dropped a set to Brady in two encounters last year, was unable to muster a single break point while the American needed only one break of serve in the opening set before sealing the result in the second set tiebreak.

"I'm very happy to get the win," Brady said in a post-match interview. "Ash is obviously a great player and a great person.

"It's a little bit surreal. I'm super stoked and I'm shaking a little bit, but I really played well today." 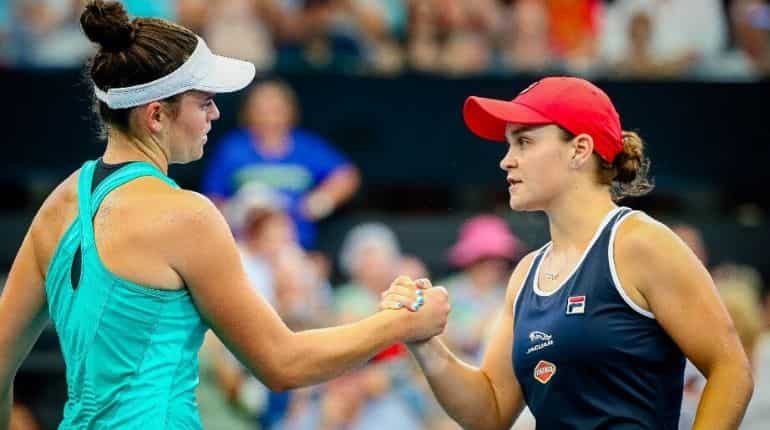 Barty, who exited the tournament in the first round in 2018, struck more winners than Brady but the 16 unforced errors opened the door for her American opponent who wrapped up the match in 91 minutes.

Brady, who beat Maria Sharapova in the first round after coming through three qualifiers, became the fourth American to qualify for the quarter-finals after Madison Keys, Alison Riske and Danielle Collins.