Sachin Tendulkar says, MS Dhoni best suited at No 5 for India at the Cricket World Cup 2019 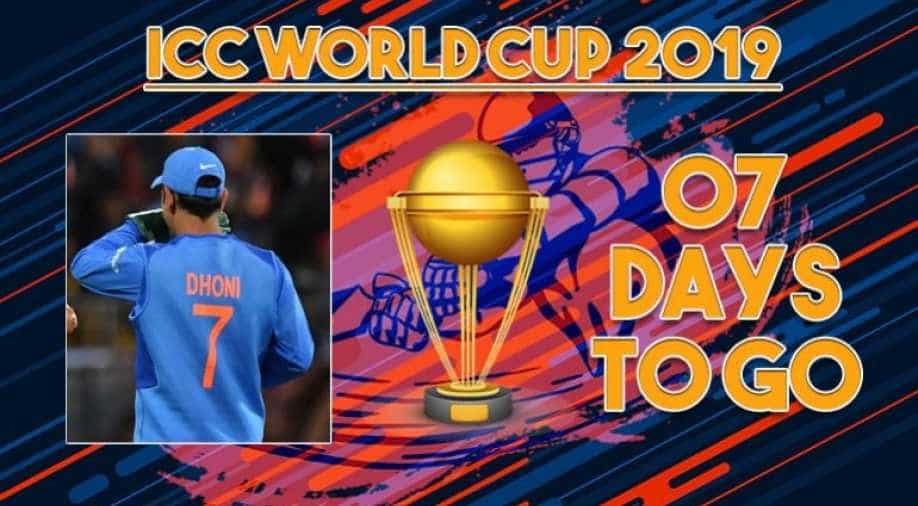 Having Dhoni, whose 341 ODI appearances makes him the most experienced player at this year's World Cup, at number five would ensure the former India captain could nudge along before exploding in the final overs, believes Tendulkar

India need to space out their experienced batsmen at the World Cup in England and veteran Mahendra Singh Dhoni is best suited at number five, according to batting great Sachin Tendulkar.

Having Dhoni, whose 341 ODI appearances makes him the most experienced player at this year's World Cup, at number five would ensure the former India captain could nudge along before exploding in the final overs, believes Tendulkar.

"My personal opinion is Dhoni should be batting (at) five," Tendulkar, part of the Dhoni-led squad who won the 2011 World Cup on home soil, told ESPNcricinfo.

"I still don't know what the team combination would be, but if you are going Rohit and Shikhar as openers, to Virat at No. 3 and whoever at No. 4 then Dhoni could be No. 5. Then Hardik Pandya, an explosive player, follows them'', Tendulkar said.

"That way the experienced batsmen are well spaced out and Dhoni can stretch the game towards the end where he himself can be explosive along with Hardik. From No 5-8 you are looking at finishers, who stay till the end and soak in that pressure. I feel we are well equipped to do that", he added.

Dhawan is the lone left-hander in India's strong batting lineup and Tendulkar said the opener must bat deep into the matches to help dominate the bowlers, especially the leg-spinners.

"A left-right combination always helps because that means the bowler has to adjust his line every now and then and the (bowling) captain has also to keep thinking," said Tendulkar, who remains the only cricketer with 100 international centuries against his name'', Sachin said.

"And if there is a partnership, the job becomes even tougher. So, yes, it is important for a left-hander to be there to put pressure on the legspinner or for that matter any bowler", Sachin added.

England's home series against Pakistan has convinced Tendulkar that it would be a high-scoring World Cup played on flat tracks and with two new balls which negate reverse swing.

"I believe if you have quality spinners to bowl in the middle overs they would end up picking wickets'', Tendulkar said.

"It is all about bowling in partnerships - if quality bowlers could bowl in tandem and create pressure on the batting line-up, that is one way of countering all these factors (that) I feel are not in favour of the bowlers", Tendulkar concluded.