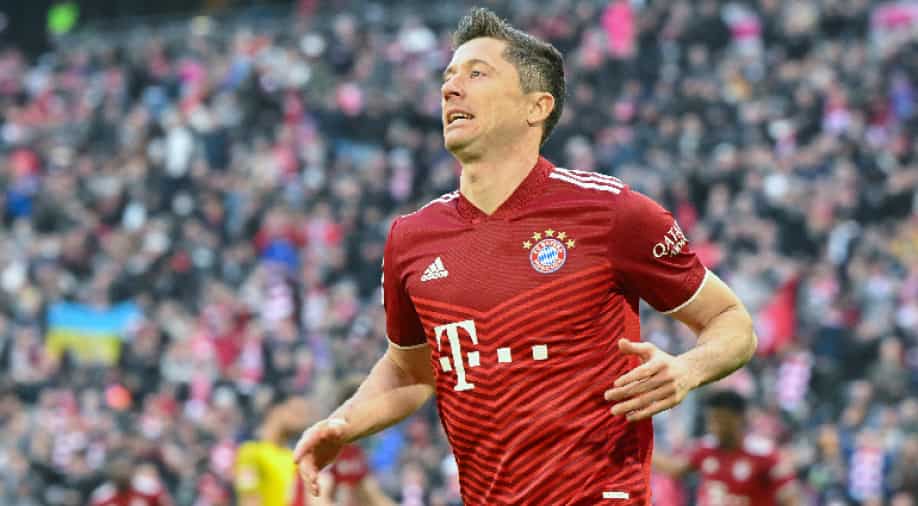 Bayern defeated Borussia Dortmund 3-1 in front of a sold-out home crowd to go 12 points clear at the top of the table.
They have now won 31 Bundesliga titles since the introduction of the top division in 1963, and 32 German league crowns in all.

"It`s not always easy to be consistent and play great football throughout the campaign," Lewandowski said.
"Perhaps in a couple of years, people will realise what a huge achievement 10 titles in a row is."

Forward Thomas Mueller, who became the first player to win 11 league titles, said nothing could beat the feeling of winning the Bundesliga.

"You don`t have that situation often enough, to win the championship against your direct rivals in a home game. We really wanted to do that," Mueller said.

Midfielder Jamal Musiala said he was "overwhelmed" after scoring the third goal which sealed their victory against Dortmund, while Joshua Kimmich also delighted with their "special" achievement.

"It may seem normal for outsiders, but it takes a lot of hard work. We`re really happy and proud to reach this big goal," Kimmich added.