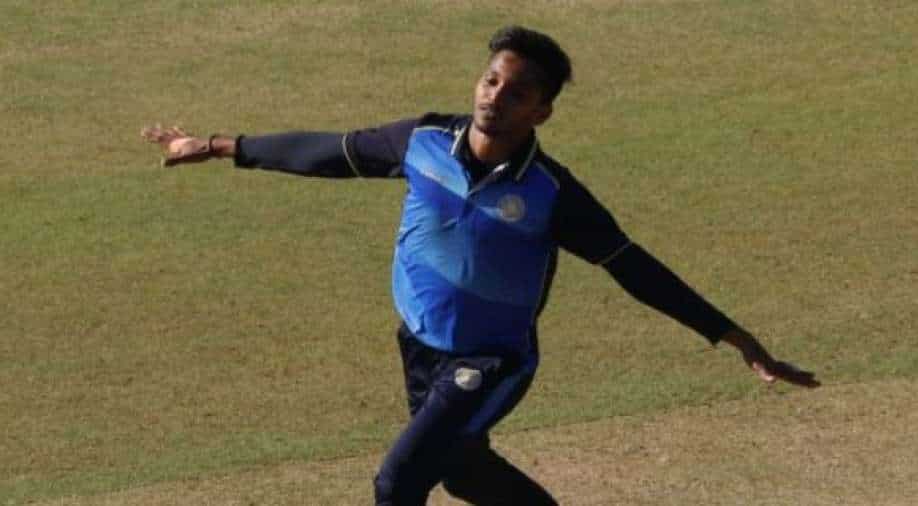 Rajasthan Royals wrapped up the signing of left-arm pacer Chetan Sakariya for a whopping INR 1.20 crore during the recently concluded Indian Premier League (IPL) 2021 auction. While Chetan Sakariya admits his life will change after the auction, he has an empty space in his heart after losing his  younger brother last month.

Rajasthan Royals wrapped up the signing of left-arm pacer Chetan Sakariya for a whopping INR 1.20 crore during the recently concluded Indian Premier League (IPL) 2021 auction. While Chetan Sakariya admits his life will change after the auction, he has an empty space in his heart after losing his younger brother last month.

Chetan's younger brother had committed suicide in January. While RR's latest recruit said the absence of his younger brother still haunts him, he said his brother would have been happier than him after being guaranteed a part of IPL 2021 for Rajasthan Royals.

“My younger brother committed suicide in January. I wasn’t at home, I was playing Syed Mushtaq Ali at that time. I didn’t know he had passed away until I returned home. Even then, my family didn’t share the news with me. I used to ask them about Rahul’s whereabouts and they would tell me 'he has gone out’. Sometimes, they would say he had ventured out to buy groceries. This absence is a big void for me. Had he been here today he would have been more happy than me,” Chetan Sakariya, the 28-year-old left-arm pacer from Saurashtra, told the Indian Express.

Chetan's father Kanjibhai was driving a tempo to keep up with daily life until two years ago. However, his father never wanted him to play cricket until his uncle came in between.

“I never wanted him to work, I told him, I will take care of my family. People are asking me, what I will do with so much money, I said, let the money come first. I always wanted to shift to Rajkot, somehow, I didn’t have decent money to buy a good house. Now, the first thing I will do is buy a house in a good locality,” he said.

Sakariya was with Royal Challengers Bangalore as a net bowler in IPL 2020. While RCB went hard for the left-arm pacer, it was Rajasthan Royals who signed him up after an intense bidding battle.

“I was hoping that this time I will be there because when I went as a net bowler for RCB during IPL in UAE, RCB coach Mike Hesson and Simon Katich had told me that I have ticked all boxes to be part of any IPL team. RCB did try for me but getting picked for any team makes me happy,” Sakariya said.

Sakariya was vital to Saurasthra's maiden Ranji Trophy triumph last year when they defeated Bengal in the summit clash. After playing 15 First-Class and 16 T20 matches, Sakariya will now look to impress the cricketing world in IPL 2021.