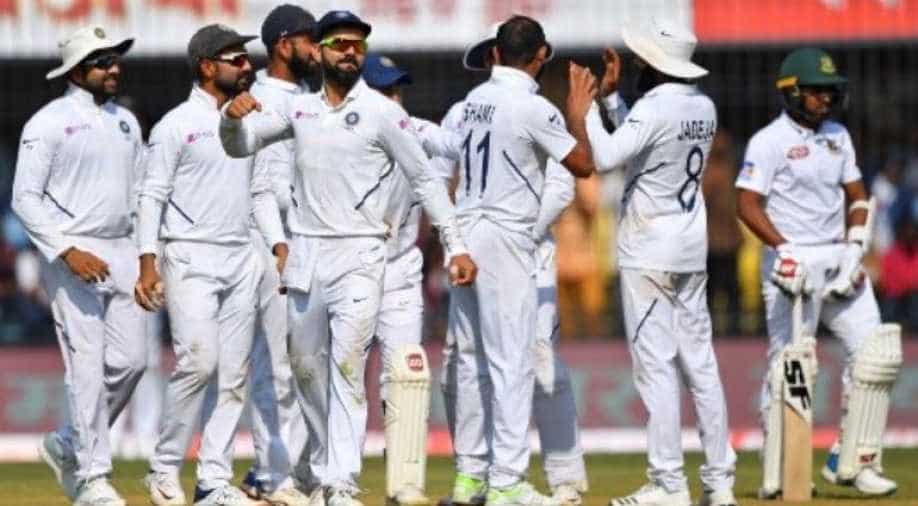 Team India will start arrangements for their long stay in England with an eight-day bio-bubble starting in India on May 25. The group will at that point isolate for a further ten days on appearance in the United Kingdom on June 2.

Team India will start arrangements for their long stay in England with an eight-day bio-bubble starting in India on May 25. The group will at that point isolate for a further ten days on appearance in the United Kingdom on June 2.

Addressing ANI, a BCCI official in the apprehension of Team India's movement courses of action said about the forthcoming England task.
“You can expect the boys to come into the bubble on May 25, as it will be an 8-day quarantine period which will not involve just testing against COVID-19, but also there will not be any movement as the boys prepare for the UK schedule. Once in the UK on June 2, the boys will go for another 10-day quarantine. But this time the cricketers can train, as they'll be moving in a charter plane from a bubble in India to a bubble in England. A bubble-to-bubble move lets them train even though there will be continuous testing at all times and no further movement,” the official explained.

With over a month's break between the apocalypse Test Championship last and the beginning of the England Test series, Team India will remain back in England to get adjusted to the conditions. The BCCI official affirmed that players would be permitted to go with their families for the long visit.

“Not just the duration of the tour, the COVID-19 restrictions also mean you cannot move around the place. There will be more than a month’s gap between the Test Championship Final and the opening Test against England at Trent Bridge from August 4. The players will have their families traveling with them,” the BCCI official confirmed.

With the Indian government opening up immunizations for everybody over 18 on May 1, all individuals from the Indian cricket squad are qualified to make their efforts. Shikhar Dhawan as of late got one of the primary dynamic Indian players to get immunized. The BCCI has affirmed that plans are in progress to inoculate every one of the players as quickly as time permits.

“The Indian government has opened vaccination for every person above 18, so the players can take their first dose. But the second dose is the question here. The BCCI is looking at working closely with England and Wales Cricket Board to ensure players can get a second dose in the UK. If that is not approved by the UK government, we will have the vaccine taken from India for the second dose. Let’s see how that works out in the coming days,” the official stated.

Team India will hope to turn into the debut World Test Championship victors when they take on New Zealand one month from now. From that point forward, Virat Kohli's men will direct their concentration toward the marquee England series and desire to charge better compared to what they did last time; Team India lost 1-4 in the 2018 series.