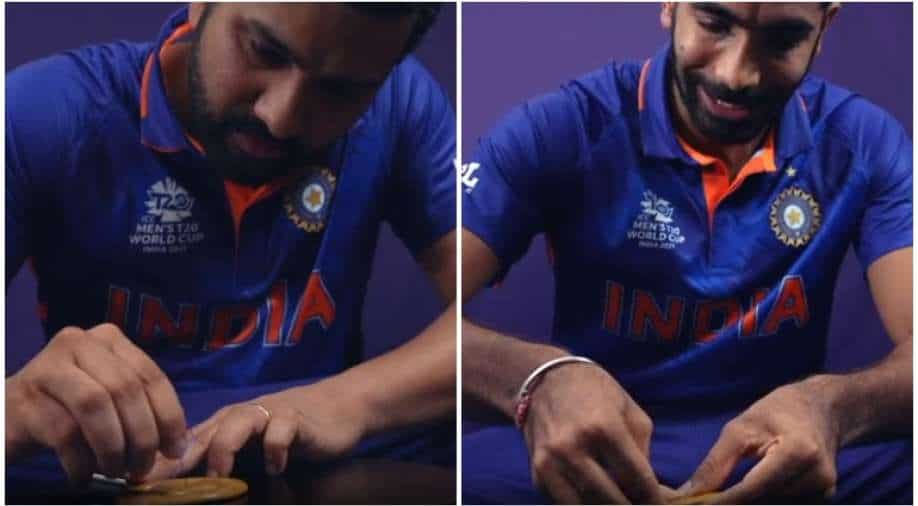 Ahead of India's T20 World Cup opener versus Pakistan, the Men in Blue players took up the 'Squid Game' challenge. Here's how they fared:

Ahead of India's T20 World Cup 2021 opener, versus Pakistan, on October 24 at Dubai, some of the key Indian players took up the dalgona candy, inspired from Netflix's popular drama series 'Squid Game'. The likes of Hitman Rohit Sharma, KL Rahul, Jasprit Bumrah, Suryakumar Yadav, Mohammed Shami and Varun Chakravarthy took up the challenge where they were required to carve out shapes drawn in the candies without breaking it. In the show, players who fail to do so within the stipulated time get killed.

For the unversed, only Rohit and Shami succeeded whereas the likes of Rahul, SKY, Varun and Bumrah faltered. The video got shared on the official Instagram handle of the International Cricket Council's (ICC).

"India put to the test in nerve-wracking game," ICC captioned its Instagram post along with the video. "Indian Cricket Team stars are put to the test with a game made famous by one of the world's most talked about shows," it added.

India won both their warm-up games with ease, versus England and Australia and will now gear up for their tournament-opener in the main draw of the T20 WC, on October 24 (Sunday) where they face arch-rivals Pakistan. The match will be held at the iconic Dubai International Cricket Stadium, Dubai.

India have a 5-0 lead over arch-rivals Pakistan in the tournament-history but won't take the Men in Green lightly as they are among the top-three sides in the ICC T20I rankings. Virat Kohli-led India's group, i.e. Pool B, comprises Pakistan, New Zealand and Afghanistan whereas two more teams will join from the qualifiers.