Team India arrives in London ahead of the ICC World Cup 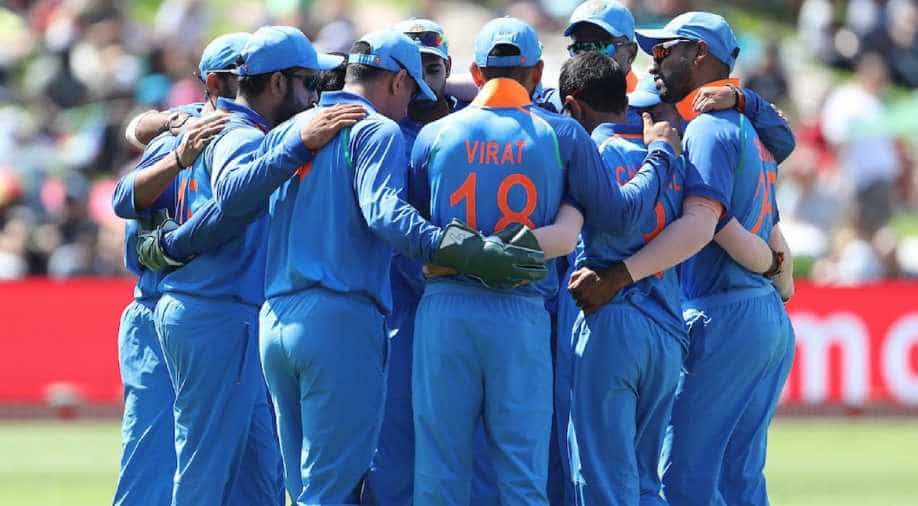 Team India has arrived in London to participate in the International Cricket Council (ICC) Men's Cricket World Cup, beginning May 30.

Board of Control for Cricket in India (BCCI) shared the picture of the team and staff on Twitter with a caption, reading, "Touchdown London #TeamIndia".

Ahead of the World Cup, warm-up matches will take place.

Each team will get an opportunity to play two games.

India will face New Zealand on May 25 in its first warm-up followed by a match against Bangladesh on May 28.

At a pre-departure press conference held at the BCCI headquarters in Mumbai on Tuesday, Kohli opined that they are entering in the tournament with a balanced and a strong side.

"We are going into the World Cup as a balanced and strong side. You saw in the IPL as well. All the players in the squad are in great form and playing really well. I think from that point of view, we just expect ourselves to play the best cricket we can," the Indian captain said.

All the 10 teams will face each other in a Round Robin format.

Calling it the most challenging World Cup, Kohli said, "It`s the most challenging one of all three that I've been part of because of the format. Looking at the strength of all the sides as well. If you look at Afghanistan from 2015 to now, they are completely different side. Any team can upset anyone on their given day. That's one thing we have in our mind."

India will kick-off its World Cup campaign against South Africa at Hampshire Bowl. Southampton on June 5.