T20 WC: 'Would not want to face Pakistan in the semis' - Michael Vaughan issues warning to England 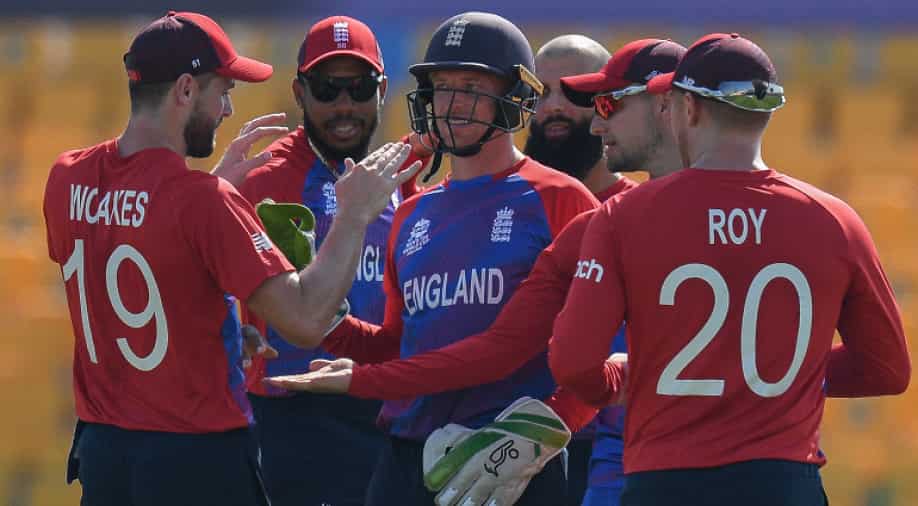 Former England captain Michael Vaughan has issued a warning to England after Pakistan registered their third straight win in the T20 World Cup 2021 on Saturday.

Former England captain Michael Vaughan has issued a warning to the Eoin-Morgan led side in the ongoing T20 World Cup 2021. Vaughan wants England to win their upcoming Super 12 clash against Australia to consolidate their spot on the top of the Group 1 points table. Vaughan said he would not want England to face Pakistan in the semi-final.

Pakistan have been in brilliant form so far in the T20 World Cup 2021 and have been unbeaten in Group 2 with three wins in three matches so far. The Babar Azam-led side defeated India in their opening game before beating New Zealand and Afghanistan in their next two games to sit comfortably on top of the Group 2 points table with six points from three matches.

Pakistan defeated Afghanistan by five wickets at the Dubai International Stadium in Dubai on Friday (October 29) riding on the heroics of Babar Azam and Asif Ali. While Babar slammed a half-century to set up the run-chase for Pakistan, Ali finished with his amazing cameo of 7-ball 25 including four sixes in the penultimate over against Karim Janat.

While Pakistan look certain to finish on top of the Group 2 points table with three wins in three matches and two more games to go, Vaughan wants England to top Group 1 by beating Australia on Saturday so they don't have to face Pakistan in the semis.

“I’ll be more than happy to play in the other semi-final and hope someone knocks them (Pakistan) out. We are a long way off from the final but they seem to have everything,” he added.

Lauding Pakistan for their amazing show in the T20 World Cup 2021 so far, Vaughan said they have the right opening pair, an experienced middle-order and a brilliant bowling attack. The former England captain feels Babar & Co. are a terrific side and look favourites for the title.