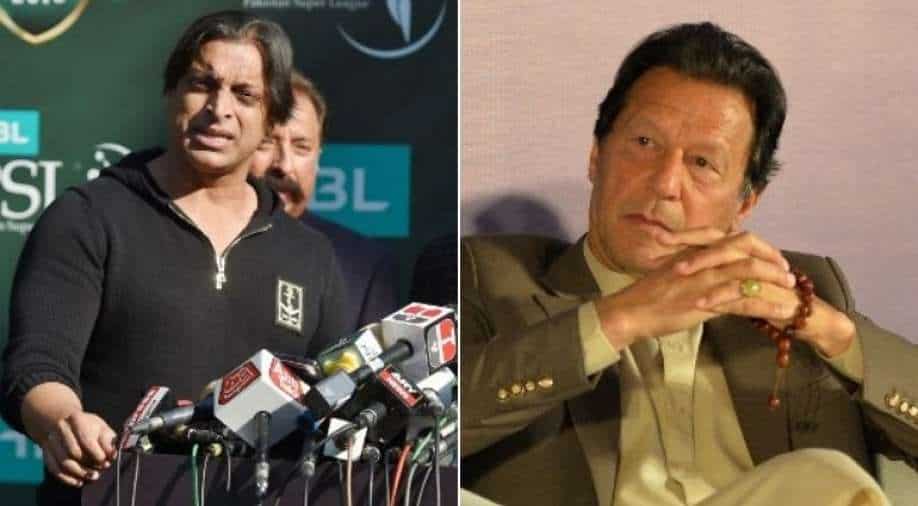 Here's what Shoaib Akhtar has to say to Babar Azam & Co. ahead of high-octane T20 World Cup match between India and Pakistan

Hours ahead of the marquee clash between Indian and Pakistan in the ICC Men's T20 World Cup, former Pak pacer Shoaib Akhtar's tweet on the match will make your day. He tweeted a popular phrase that was once used by Pakistan Prime Minister Imran Khan when he was addressing the public.

Taking to his official Twitter, the legendary pacer wrote in Hindi, "Sab se pehle, Aap nay ghabrana nahi hai :)". The words can be loosely translated in English as: "First of all, you don't have to worry."

The pressure is high, India have beaten Pakistan in all of their 12 matches at the T20 and 50-over formats. The neighbouring countries now square off only in the multi-nation ICC tournaments as the bilateral series between the two has been suspended due to political reasons. They last met in the 2019 ODI World Cup and India last hosted Pakistan in a bilateral series in 2013.

However, both the skipper are not dwelling in the past as they are focused on the match. Indian skipper Virat Kohli, during the pre-match presser, said that they will need to be at their very best to overcome Babar Azam's side.

Like Kohli, Babar too refused to dwell on the past in his first global tournament as Pakistan skipper.