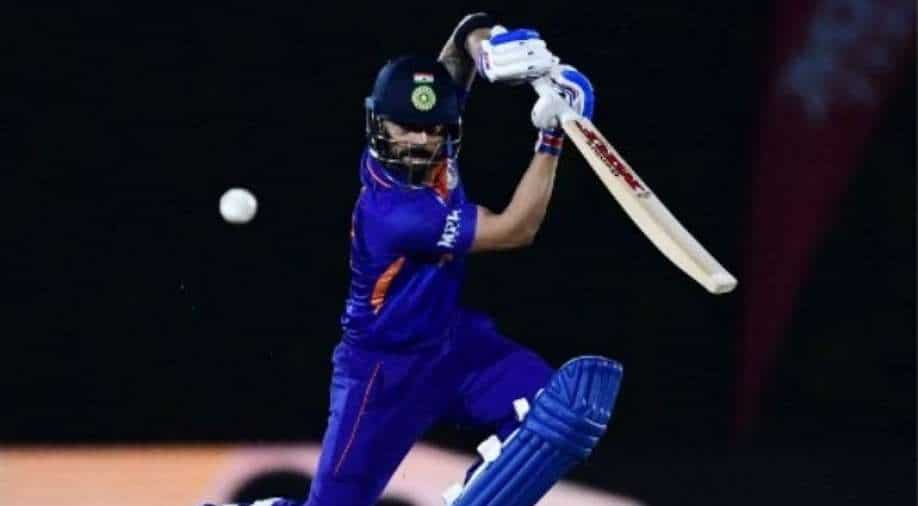 While an ICC trophy has eluded Kohli as a leader, he will have plenty of experience to tap into with the addition of team mentor Mahendra Singh Dhoni

As the Indian cricket team is set to begin their T20 World Cup campaign against Pakistan on Sunday (October 24), skipper Virat Kohli opened up on a range of issues such as Hardik Pandya's availability, playing in the bio-bubble, the Indo-Pak clash.

However, a question around his decision to leave T20I captaincy appeared to have irritated the talismanic batter.

During the virtual press conference, Virat said: "I have already explained myself, I do not think I need to harp it on anymore."

"Our focus is to play well as a team in this tournament and do what we need to do. People are trying to dig something which does not exist, I am not someone who will give importance to that. I have explained myself honestly, if people think there is more to it, then certainly it is not the case."

The Virat & Co. are all set to open their campaign with an in-form team with the batting will heavily depend on the top three of Rohit Sharma, KL Rahul and Kohli while the bowling has a dazzling mix of talent in both the spin and pace departments.

While an ICC trophy has eluded Kohli as a leader, he will have plenty of experience to tap into with the addition of team mentor Mahendra Singh Dhoni, who led India to the inaugural World T20 trophy in 2007 and the 50-over title four years later.

Kohli's men will also benefit from the exposure of playing the Indian Premier League for three weeks in Dubai, Abu Dhabi and Sharjah.