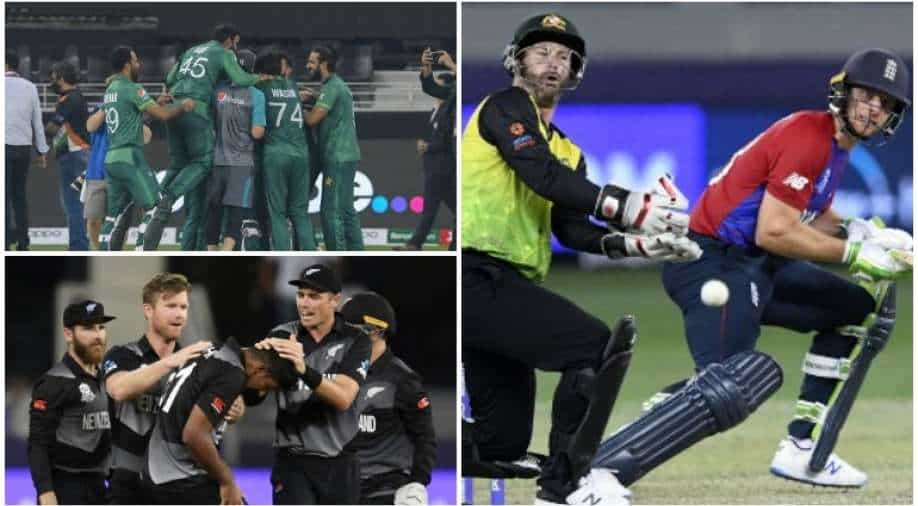 T20 World Cup: England will face New Zealand in the first semi-final whereas Pakistan will lock horns with Australia in the second semi-final.

After 40 encounters, the cricketing fans finally got to know the semi-finalists of the ongoing T20 World Cup 2021 edition, being held in the UAE. The suspense regarding the fourth team continued before match 40 between New Zealand and Afghanistan came to an end, with Kane Williamson-led New Zealand beating the Mohammad Nabi-led side by eight wickets.

While there is still one game left in the Super 12 round, i.e. match 42 between Team India and Namibia on Monday evening (November 8) at Dubai, the semi-finalists for the seventh edition of the T20 WC are known to world cricket by now. Here's the schedule for the T20 WC 2021 semi-finals, in the UAE:

England and Pakistan were favourites to top their respective groups and they managed to do the same. While Pakistan were the first side to book a semi-final ticket, England and Australia followed suit and confirmed their respective berths by Saturday evening (November 6). Williamson-led New Zealand had to beat Afghanistan and end India as well as the Afghan side's chances to proceed ahead. By managing to do so, the Kiwis have also made it to their second T20 WC semi-finals in a row.

While England and Pakistan topped Pool A and B, respectively, both sides will know that they will have to start from scratch in the knockouts. So far, Babar Azam-led Pakistan remain the only unbeaten side going into the semis. Will they return with their second title? Will England dent Pakistan's run and achieve their second T20 WC title and also become the limited-overs champions (with the 2019 ODI WC title already in their cabinet)? Or, will one among Australia or New Zealand claim their first-ever title in the shortest format?

Everything will be answered by November 14 as the stage is set for a blockbuster finish to the 2021 T20 WC.