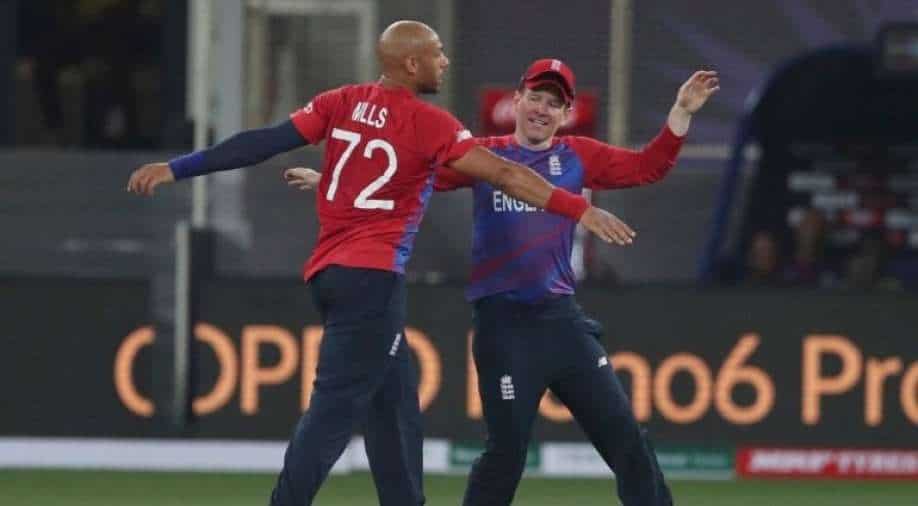 Defending champions Kieron Pollard-led West Indies succumbed to the third-lowest team total in T20 World Cup history in match 2 of the Super 12 round, versus 2016 runners-up England.

Opting to bowl first, Morgan & Co. were off to a flier by reducing the Windies to 9-2 in 2 overs, at the Dubai International Cricket Stadium, Dubai on Saturday evening (October 23).

The Men in Maroon never managed to recover as they were quickly reduced 37-5 in no time and eventually fell for an embarrassing 55 all-out in 14.2 overs. Adil Rashid was the leading wicket-taker by returning with 4 for 2 whereas Moeen Ali picked up two crucial wickets as spinners dominated proceedings versus the world champions.

None apart from Chris Gayle managed to cross the double-digit score (14) as the big guns such as Pollard, Andre Russell, Lendl Simmons, Dwayne Bravo, Nicholas Pooran and Shimron Hetmyer fell like nine pins.

Given the shambolic performance from Windies, England will look to wrap up the match with plenty of overs to spare to bolster their net run-rate and start their campaign with a bang.