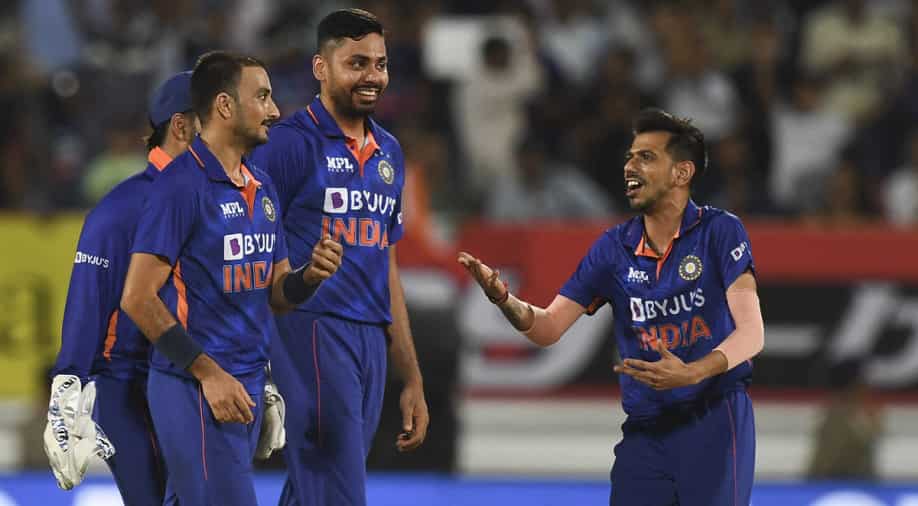 India will lock horns with Ireland in 1st T20I on Sunday. Photograph:( AFP )

Suryakumar Yadav will make his comeback from injury while Arshdeep Singh might make the cut when India lock horns with Ireland in the 1st T20I on Sunday (June 26).

Hardik Pandya will be leading Team India for the first time in his career when they take on Ireland in the first T20I of the two-match series at The Village in Dublin on Sunday (June 26). India's Test squad is currently playing a warm-up game against Leicestershire ahead of the rescheduled fifth Test against England while the Hardik-led second-string Indian T20I side will be in action against Ireland at the same time.

Though it is not a full-strength team, India still have the likes of Surykaumar Yadav, Hardik, Ishan Kishan and Bhuvneshwar Kumar among others at their disposal as the preparations for T20 World Cup 2022 continue. Hardik, who is coming off a brilliant IPL 2022 for Gujarat Titans followed by an impressive outing against South Africa at home, will be keen to get off to a winning start as captain.

Hardik led his team Gujarat Titans (GT) to their maiden IPL title in their debut season this year and was elevated to captaincy for the Ireland T20Is in the absence of regular skipper Rohit Sharma and vice-captain KL Rahul. Despite missing a number of key players, India have fielded a strong squad for the two-match rubber.

Suryakumar will be making his comeback from injury after missing the home series against South Africa earlier this month while Sanju Samson and Rahul Tripathi are also part of the squad to bolster the batting line-up. Ishan Kishan and Ruturak Gaikwad are expected to open the batting and Deepak Hood might get a chance in the top four.

India also have a strong bowling line-up which will be spearheaded by the experienced Bhuvneshwar Kumar. The Men in Bue might hand young pace sensation Umran Malik his India debut in the series-opener or play pacer Arshdeep Singh, who has shown a lot of promise in the IPL over the last few seasons.

Dinesh Karthik is certain to continue in the lower-middle order as the designated finisher in the side while Yuzvendra Chahal will lead the spin pack with Axar Patel to support him. India will be hopeful of making a winning start to the series.