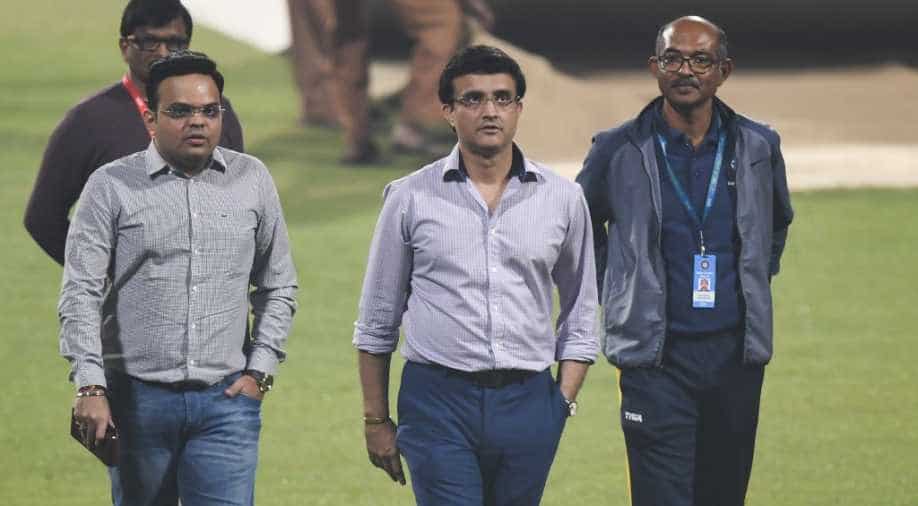 Both, Sourav Ganguly and Jay Shah have been in office despite completing their respective tenures in July and May this year.

Supreme Court is set to decide on Board of Control for Cricket in India (BCCI) president Sourav Ganguly and secretary Jay Shah's tenure.

An order passed by a three-judge Supreme Court bench headed by Justice L Nageswara Rao on Tuesday said that final hearing on the BCCI matter will be held on December 9.

Both, Sourav Ganguly and Jay Shah have been in office despite completing their respective tenures in July and May this year.

According to new BCCI constitution that was approved by a three-judge bench headed by former CJI Dipak Misra in August 2018, Sourav Ganguly, Jay Shah and joint-secretary Jayesh George should have been 'cooling off' now after serving six years continuously in a state association or the cricket board.

The case was last came up in July but was put away amid pandemic as it was considered to be a low-priority matter. However, a new three-judge bench comprising Justices Rao, Hemant Gupta and Ajay Rastogi wanted to hear the case on December 1 along with other cricket cases.

Justice Patnaik, who had removed N. Srinivasan from being BCCI president for his proximity to Chennai Super Kings, had told Outlook that "Ganguly was not indispensable," and cricket should be "free from the clutches of politicians."

According to the retired judge, BCCI officials were flouting the rule book.

"It was fate accompli once the constitution was approved in 2018. Several CJIs have heard this case and if the BCCI has its way, then it will be death of the Lodha reforms," he said, adding that BCCI was only prolonging a result that was decided long ago.