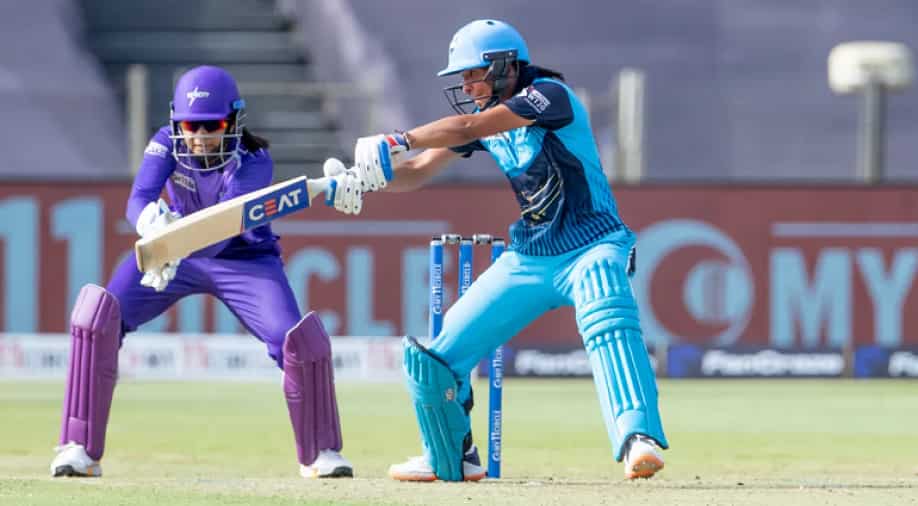 Supernovas take on Velocity in the Women's IPL 2022 final | Photo: IPL | Photograph:( Others )

While Velocity are chasing their maiden title, this is a chance for Harmanpreet Kaur’s Supernovas to clinch a record third trophy.

It will be a clash of titans as Supernovas take on Velocity in the Women’s IPL 2022 final on Saturday. The journey to the final was filled with twists and turns for both sides as the finalists were ultimately decided on net run rate. The Supernovas won their first game against the Trailblazers quite easily but were beaten by Velocity. On the other hand, Velocity went down fighting against Trailblazers in the final game but were still able to book their spot in the final. While Velocity are chasing their maiden title, this is a chance for Harmanpreet Kaur’s Supernovas to clinch a record third trophy.

The tournament has been about extremely fine margins till now and although both sides are almost equal in all aspects, Velocity hold a slight advantage considering their all-round dominance with both bat and ball.

The sides have faced each other four times with Supernovas winning on three occasions. The last encounter between the two sides was in the 2021 final where Radha Yadav clinched the victory for Harmanpreet Kaur’s side in a brilliant finish which was decided in the final over of the match.

Also read | Liverpool vs Real Madrid: When and where to watch UCL final in India?