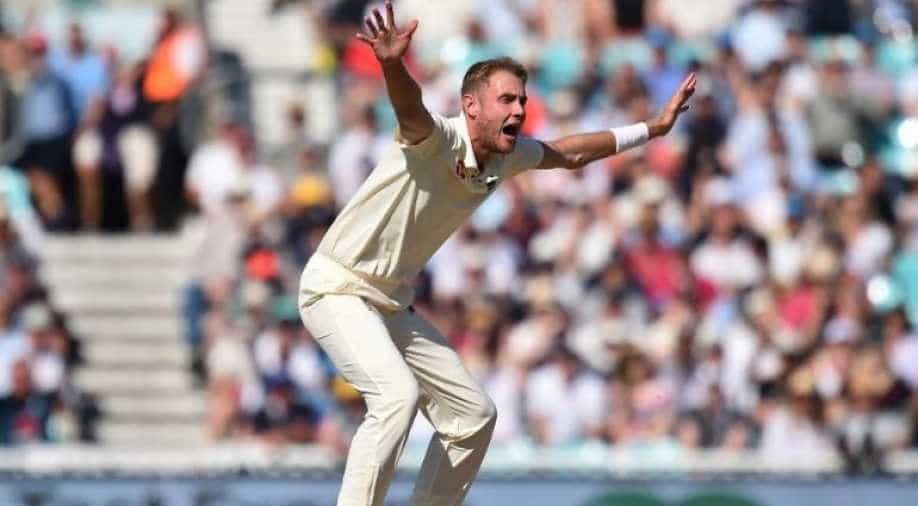 Stuart Broad was only one wicket away from becoming just the seventh bowler to take 500 Test wickets as England closed in on a series victory over the West Indies at Old Trafford on Sunday.

Stuart Broad was only one wicket away from becoming just the seventh bowler to take 500 Test wickets as England closed in on a series victory over the West Indies at Old Trafford on Sunday.

England's second-innings 226-2 declared saw opener Rory Burns make 90 as the West Indies were set a huge target of 399 for victory.

And there was still time for Broad to reduce the tourists, who had no answer to his late movement off a good length, to 10-2 at stumps on the third day.

Broad had the struggling John Campbell caught at first slip for a duck by England captain Joe Root and then moved to 499 Test wickets when nightwatchman Kemar Roach was caught behind.

Broad bowled the final over of the day's play, with his last ball just missing Shai Hope's outside edge.

The only bowlers with more than 600 Test wickets are a trio of former spinners -- Sri Lanka's Muttiah Muralitharan (800), Australian Shane Warne (708) and India's Anil Kumble (619).

The only seamers ahead of Broad are his longtime England new-ball colleague James Anderson (589) and the retired pair of Australia's Glenn McGrath (563) and the West Indies' Courtney Walsh (519).

Broad took all the West Indies wickets to fall on Sunday in a combined return of 6-22 in seven overs, with his burst of 4-11 in 22 balls ending the visitors' first innings after they had avoided the follow-on.

"It's a pretty ridiculous achievement to get to 500 (wickets)," said Burns. "Hopefully we can keep grabbing them for him."

England's second innings saw Burns and Dom Sibley (56) share a stand of 114 -- England's first century opening partnership in a home Test since Alastair Cook and Alex Hales put on 126 against Pakistan at Edgbaston in 2016.

England captain Joe Root had made a brisk 68 not out when he declared, amid concerns Monday's play could be washed out.

Burns, in common with Surrey team-mate Ollie Pope in England's first innings, got into the 90s without making it to three figures.

Not that the left-hander, who holed out against off-spinner Roston Chase, was too concerned.

"It was good to set up the team in a good position though, that was the most important thing."

West Indies coach Phil Simmons once again bemoaned the failure of his team's batsmen to back up the bowlers in a gruelling schedule of three back-to-back Tests that marks international cricket's return from the coronavirus lockdown.

"We haven't had any centuries in the series," he said. "There are two days left to bat and someone needs to get themselves a big hundred."

"There is plenty of time in the game so we need to be more determined to get big scores."

West Indies wicketkeeper Shane Dowrich was hit in the face by a 90mph Shannon Gabriel delivery that burst through his gloves and had to leave the field.

"He was lucky it came off the gloves first," said Simmons. "He has a little cut on the inside of his lip, but no damage to his teeth."

One-day international wicketkeeper Hope initially took over behind the stumps before Joshua Da Silva, the back-up gloveman in the Test squad but not in the XI for this match, was allowed on.

Da Silva nearly stumped Burns, on 12, off Chase but slipped as he tried to take off the bails.