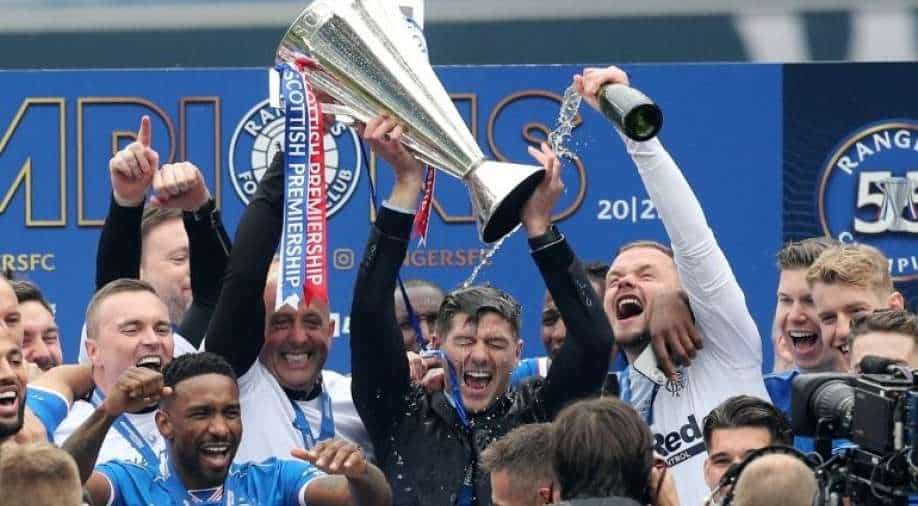 The Rangers had 32 wins and six draws. The team also set a new record by conceding only 13 goals in the whole season.

Rangers under coach Steven Gerrard have become the second team in the Scottish Premiership history to complete the season without losing a game. the champions achieved this feat after beating Aberdeen 4-0 at home on the final day on Saturday.

Steven Gerrard's side has won all 19 of their home clashes and also equalled the league record of 26 clean sheets in the campaign. The Rangers had 32 wins and six draws. The team also set a new record by conceding only 13 goals in the whole season.

The first team to go unbeaten in the Scottish Premiership were the Celtics, they achieved the feat in the 2016-17 season. However, they did not win the league as they finished 25 points behind Rangers, who sealed the title in March to deny their arch-rivals a 10th straight title.

"It feels good, it's been a while since I've had the smell of champagne... I'm actually enjoying it," Gerrard told Sky Sports after he was soaked in champagne by Rangers striker Alfredo Morelos.

"I was asked to come here at a really difficult time... It was about having a vision, having the right people in the right places, the right support from the board. We fought every day for three years to get to this point."

Although fans are not allowed inside the stadium due to COVID-19 restrictions, many gathered outside with banners and blue flares to celebrate their 'Invincibles' campaign.