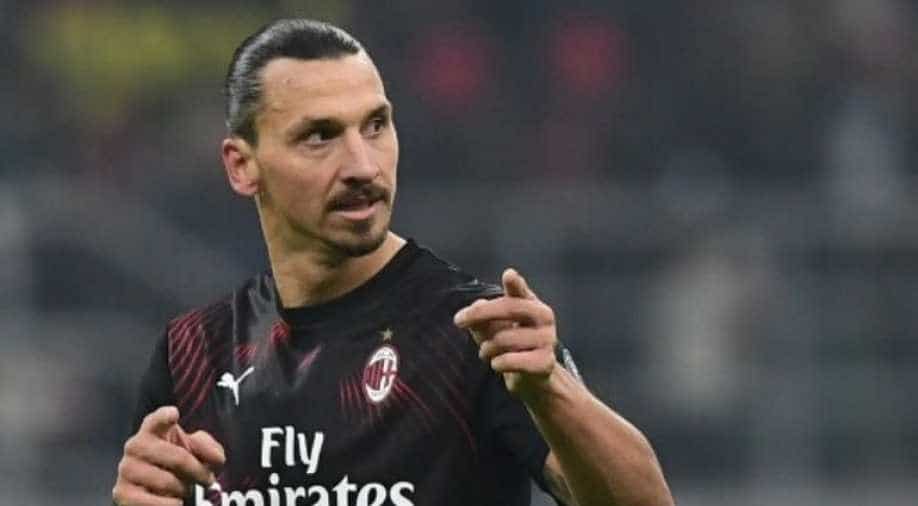 AC Milan's Zlatan Ibrahimovic reacts at the end of the Italian Serie A football match AC Milan vs Sampdoria Photograph:(AFP)
Follow Us

"It is of course very sad, mostly for Zlatan but also for us. I hope to see him back on the pitch again as soon as possible," he added.

Zlatan Ibrahimovic has been ruled out of the Euro 2020 after sustaining a knee injury during AC Milan vs Juventus clash, as Swedish coach Janne Andersson has said on Saturday.

Fans were excited to see Zlatan donning the Sweden jersey after almost 5 years as he came out of international retirement in March. He was set to be named as part of the Sweden squad on Tuesday. However, the injury has put brakes on the hopes and the Swedish fans will have to wait till the prolific striker recovers.

"Today I have spoken to Zlatan Ibrahimovic, who has unfortunately communicated that his injury will prevent him from taking part in the Euros this summer," Andersson said in a statement.

"It is of course very sad, mostly for Zlatan but also for us. I hope to see him back on the pitch again as soon as possible," he added.

Earlier, ace Liverpool defender Virgil van Dijk ruled himself out of the Euro 2020 to be fit for the start of the Premier League season 2021-22.

Van Dijk, the skipper of the Netherlands, has been out of action for seven months after undergoing surgery on a ruptured cruciate ligament in his right knee.

The Dutch brute admitted to being in a “bad place” at the start of his recovery process but added he is now more positive about returning to light running.

"I've just progressed nicely," he told Liverpool's website. "In this latest stage for myself, I have come to a decision that I had to make -- would I be involved in the Euros, yes or no?

"With everything that is going on, I feel physically it is the right decision that I've decided not to go to the Euros and to go into my last phase of rehab during the off-season.

"So the full focus will be on pre-season with the club and that's a realistic goal, so I am looking forward to that."