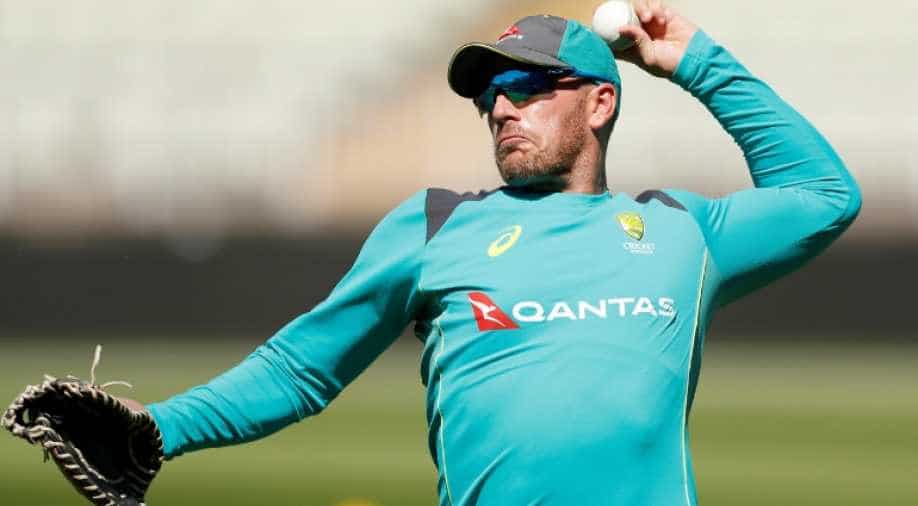 Smith and Warner, both recuperating from elbow surgeries, will find their suspension end on March 29.

The injured and banned duo of Steven Smith and David Warner are unlikely to take part in Australia's final two ODIs against Pakistan despite serving out their one-year ball-tampering suspensions during the series to be held in the UAE.

After the conclusion of the ODI series against India, the defending World Champions will take on Pakistan in the five-match series with the fourth and fifth ODIs slated on March 29 and 31 respectively.

Smith and Warner, both recuperating from elbow surgeries, will find their suspension end on March 29 but there are still serious doubts whether they will play the mega event or not. Smith has just started knocking and will take some more time to get fit.

He also curtly put it when a reporter asked if he sees himself as a stand-in captain now that both Smith and Warner are set to be back.

"No, no, I am the captain, yeah," was his blunt response.

Just like Indian team is trying to balance the workload of its players, Australia are also grappling with similar problems with Ashes starting after the World Cup.

Asked about pacer Pat Cummins' workload, Finch said: "He bowled a lot throughout the Australian summer, particularly at the back end of the India Test series. "I think having no cricket in April will help guys like Pat to freshen up. Again someone like (Mitchell) Starc, who has played no cricket needs to bowl. The workload of our fast bowlers need to be balanced."

But playing 10 ODIs in a month (India and Pakistan series in March) is quite unprecedented in Australian cricket, said Finch.

"Playing 10 ODIs in a month is quite an unchartered territory for our fast bowlers. There will be a mix and match managing the workload."

Young batsman Ashton Turner is set to make his debut and the skipper is excited about that prospect.

"Ashton Turner is a guy who will be making his debut in ODI cricket. We have seen how destructive he can be in domestic cricket, so really excited to see him get a go in international cricket as he is such a smart player.

"He is a diverse player who can bat in top couple or down the order. He is game smart and manage situations. He will be an important player, someone I am very interested to see."

It is the settled unit that makes India a very strong ODI side not only at home but in all conditions.

"It's a good question. Their batting is really strong. They have got in Virat, arguably the best player of all time in ODI cricket. Rohit has been in good form.

They have quicks, who move the ball upfront and execute really well at the death. They play well everywhere to be pretty fair," Finch said.

"I think when you have a team that has played together for a long time, they understand each other well. Probably a settled group of 14 or 15 very good players are playing for a long time. That goes a long way as to why they have been so successful in particular," he elaborated.