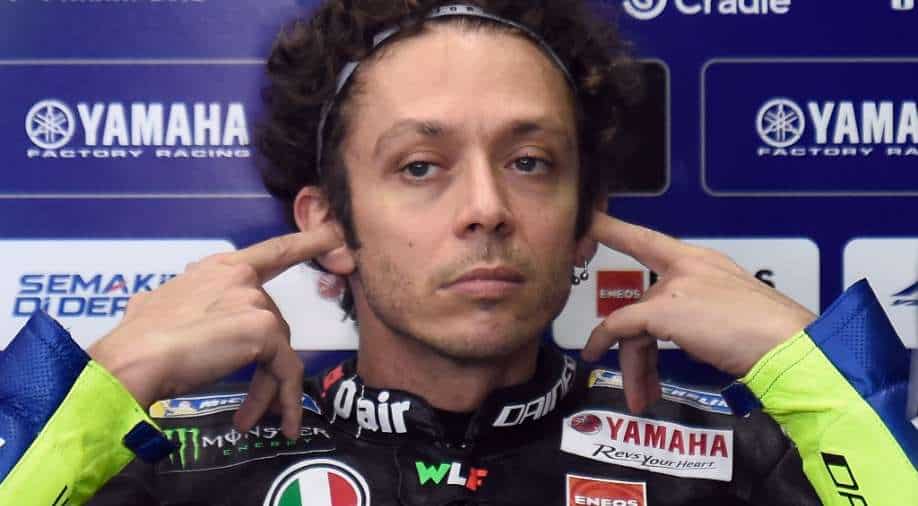 Nine-time world champion Valentino Rossi says it will be a "special moment" when he brings the curtain down on his 15-year factory Yamaha MotoGP career in the final race of the season in Portugal on Sunday.

Nine-time world champion Valentino Rossi says it will be a "special moment" when he brings the curtain down on his 15-year factory Yamaha MotoGP career in the final race of the season in Portugal on Sunday.

Joan Mir's World Championship may already be secured but second place and the constructors' title will also be on the line in Portimao.

Rossi, who has won seven of his world titles in the elite class, is among a number of riders bidding farewell, with Andrea Dovizioso heading off for a planned sabbatical and Cal Crutchlow exiting the series to become a Yamaha test rider next year.

Rossi will join Yamaha's satellite Petronas team, leaving the factory to go ahead with Fabio Quartararo alongside Maverick Vinales in 2021.

"Sunday will be a special moment because it was a long journey together," said Rossi, who had two spells with Yamaha, on Thursday.

"Our story is divided into two parts and I have to say thank you to everybody at Yamaha for giving me another chance after the two years with Ducati. Because I was quite desperate, so for me was crucial to come back into the factory team.

"Also the second part was very long. We won a little bit less but anyway it was a great experience with a lot of unforgettable moments. For sure I will miss the team a lot."

Espargaro and Miller could also break an all-time record by finishing top of the podium and becoming the tenth different race winner in a season that had Mir on course to clinch the championship without a single race victory less than a month ago.

Mir managed to shake off that tag by winning the European Grand Prix but the Spanish Suzuki rider would like nothing more than to add a final flourish to his decisive performance last week, when seventh place in Valencia was enough to become the first new MotoGP champion since Marc Marquez in 2013.

"It is something I have been fighting for all my life, since I was 10 years old," Mir said.

"I had this dream in my mind and I didn't stop until I had this title."

Fellow Spaniard Alex Rins is in the hunt for the runners-up spot but with work to do, sitting four points behind Franco Morbidelli of Petronas Yamaha SRT in the overall standings.

Morbidelli will also have a spring in his step after the Italian finished first at last week's Valencia Grand Prix, where he crossed the line 0.093seconds ahead of Miller to claim his third win of the season.

Rins was not far behind in fourth and his Suzuki team will be hoping to add a constructors' championship to their rider and team titles.

It is all to play for with Ducati, given the two are level on points. Yamaha is mathematically in contention too, 13 points behind.

"We're hoping to complete the triple crown, that would be absolutely incredible," said Suzuki manager Davide Brivio this week.

Crutchlow brings an end this weekend to his career as a full-time rider, which has included 168 races in the premier class, his first coming in 2011.

He achieved 19 podium finishes in total and three race victories.

Dovizioso will ride for the final time before taking a break in 2021 while Espargaro is heading to Red Bull KTM Factory Racing next term.

Miller will switch to Ducati Team from Pramac, with Zarco of Esponsorama Racing replacing him. Petrucci will swap Ducati for Red Bull KTM Tech 3.