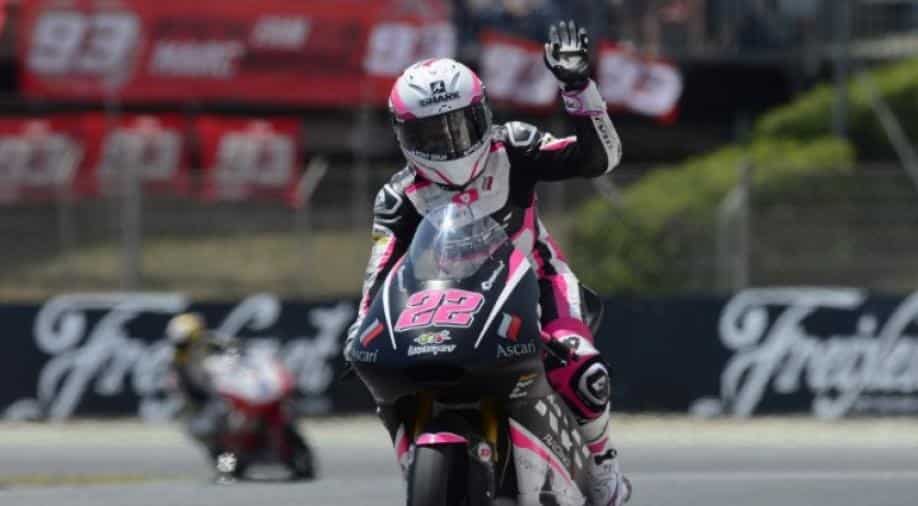 Carrasco dedicated her win to Luis Salom, a fellow Spanish rider who was killed in an accident at the Catalunya circuit in 2016 at the age of 24.

Spain's Ana Carrasco on Sunday became the first woman to win a world motorcycling title when she triumphed by a single point in the Superbike Supersport 300 division.

The 21-year-old from Murcia, riding a Kawasaki, fought her way up from 25th on the grid to finish 13th at the season decider on the French circuit of Magny-Cours.

Carrasco finished the season with a one-point lead over compatriot Mika Perez.

"It's unbelievable for me to achieve this," said the former law student.

"We worked so hard to be here. I did not know I had won on the slowdown lap. I tried to see some TVs to check but I did not see any. I only realised when I got to turn five and I asked the spectators if I was first."

Carrasco dedicated her win to Luis Salom, a fellow Spanish rider who was killed in an accident at the Catalunya circuit in 2016 at the age of 24.

"The day we lost him I promised to dedicate my first title to him. At the moment I am happy because we have achieved our goals, but I do not realise all of the things about being the first woman in history. I think after a few days I will be more conscious of this."

Nita Korhonen, the director of the sport's women in motorcycling commission, said Carrasco's gender should not overshadow her achievement.

"This is absolutely great to have a woman winning an open circuit racing championship," said Korhonen.

"Ana has shown that winning this kind of high-level title has nothing to do with the gender but the talent."