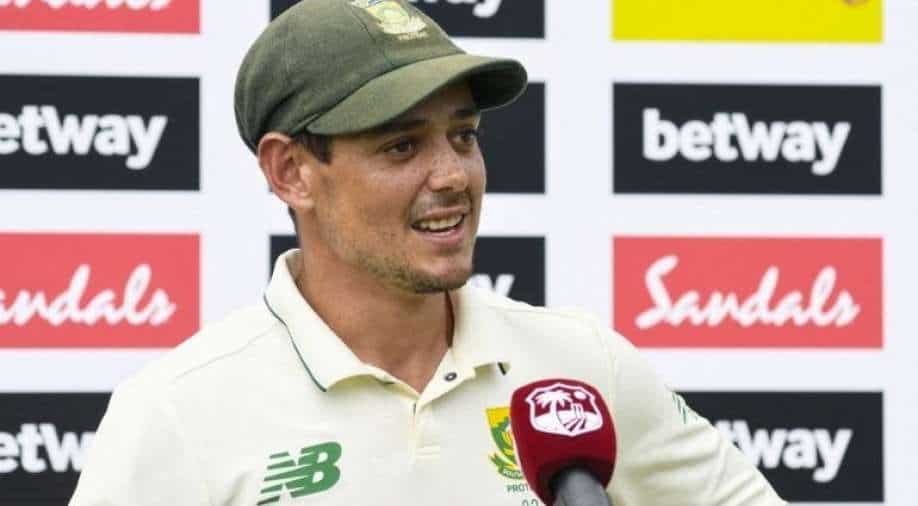 This is a file photo of Quinton De Kock. Photograph:( AFP )

India and South Africa will face each other in three tests and three ODIs from December 26th.

South Africa wicketkeeper-batter Quinton de Kock could miss the second and third test matches against India, with his wife expecting the birth of their child in early January, ESPN Cricinfo website reported on Monday.

South Africa are due to host India in a three-test series beginning Dec. 26 in Pretoria. The second test is set to start on Jan. 3 in Johannesburg, while the final test is scheduled for Jan. 11 in Cape Town. The teams will then play three one-dayers.

De Kock last played for South Africa at the Twenty20 World Cup, where he opted to sit out their second group game following a board order to take a knee in support of the "Black Lives Matter" movement.

He later apologised for his decision and took a knee in the following three matches as South Africa were knocked out in the Super 12 stage of the competition.