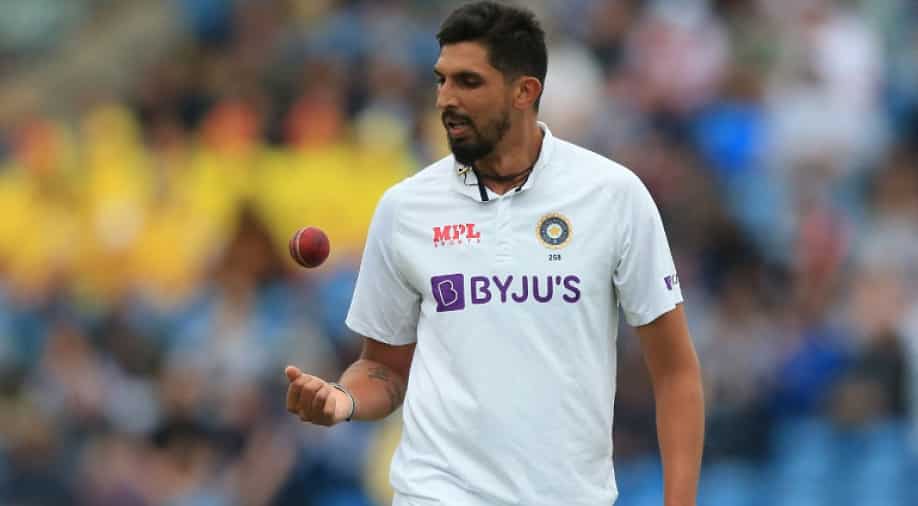 Senior pacer Ishant Sharma is likely to be dropped from the Test team after India's upcoming tour of South Africa. The tour might prove to be his last with the Indian team.

Ishant Sharma's Test career is likely to be cut short after India's upcoming tour of South Africa. The senior pacer is currently one of the most experienced campaigners in the Indian squad and has been spearheading the Indian pace attack for a while now, however, his recent struggles have seen him drop down in the pecking order.

With the emergence of young pacers like Mohammed Siraj, Shardul Thakur and Navdeep Saini among others, Ishant's future in the longest format faces uncertainty going ahead. While he has been sidelined in white-ball cricket, the 33-year-old has been a regular in Tests and has already played 105 Test matches for India with 311 wickets under his belt.

However, he is expected to remain under the scanner during the South Africa tour along with the likes of Ajinkya Rahane and Cheteshwar Pujara, as per a report in The Indian Express. While Pujara and Rahane might see their Test careers get extended if they manage to perform well and present a strong case for themselves, the South Africa series is expected to be the last for Ishant in Team India's jersey.

“Rahane’s removal as vice-captain is a clear warning signal to him. As a senior member in the side, he needs to contribute more. Same is true for Pujara also. He too has been around for a long time and now the team expects him to play those crucial knocks in big games," a top BCCI official was quoted as saying by The Indian Express.

"In case they score and have a significant impact on the series, they might be able to extend their Test careers. But in the case of Ishant, this could be it,” he added.

Ishant was last seen in action during India's first Test of the home series against New Zealand in Kanpur this month where he went wicket-less in the first innings after bowling 15 overs. He bowled only seven overs in the second innings and remained without a wicket.

The veteran pacer was replaced by Siraj for the second and final Test of the series. The youngster went on to impress as he picked up a three-wicket haul in New Zealand's first innings to inflict a collapse against the visitors and help India script a massive win by 372 runs in the game.

It remains to be seen how will the selectors and the team management deal with Ishant's struggles and if the South Africa series will actually be his last for the national team.