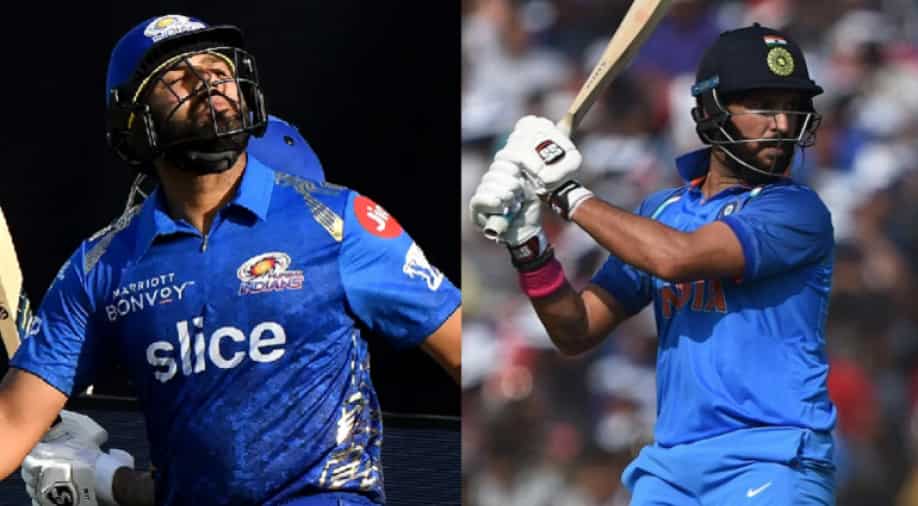 Yuvraj Singh has made a big predicton regarding Rohit's form in IPL 2022. | Photo - IPL | Photograph:( Others )

Former India all-rounder Yuvraj Singh has made a big prediction about Rohit Sharma amid his ongoing poor run for Mumbai Indians in IPL 2022.

Former India all-rounder Yuvraj Singh has backed his former teammate and Mumbai Indians (MI) skipper Rohit Sharma to bounce back to form in the ongoing Indian Premier League (IPL) 2022. Rohit has not been in the best of form for the five-time champions, who have struggled for consistency and are already out of the race for the playoffs this season with only two wins in eleven matches so far this season.

Mumbai Indians got off to a woeful start in the league as they lost their first eight matches in a row before managing to bring an end to their losing streak against Rajasthan Royals to bag their maiden win. They went on to defeat Gujarat Titans in their next game before slipping to another huge loss against Kolkata Knight Riders in their last game on Monday.

Rohit's poor run with the willow continued in his side's last clash against KKR as he was once again dismissed cheaply. The Hitman was adjudged out controversially in the game as he could manage only 2 runs off 6 balls. Rohit has endured a rough patch with the willow this season as he has managed to amass only 200 runs in 11 matches at a shambolic average of 18.18. The Hitman is yet to score a fifty in this edition of the tournament.

After Rohit's unlucky dismissal against KKR on Monday, Yuvraj took to Twitter to make a bold prediction regarding the MI star and said something big is coming from the Hitman's bat soon. "Hitman !! Is having some bad luck. @ImRo45something big is coming !!! stay in a good space #Prediction," Yuvraj wrote in a tweet.

Hitman !! Is having some bad luck . @ImRo45 something big is coming !!!stay in a good space #Prediction

Also Read: 'Does he say the same for Rohit Sharma?': Hayden on Ravi Shastri advising Virat Kohli to take a break

Mumbai Indians were the first team to be knocked out of IPL 2022 after Rajasthan Royals defeated Punjab Kings last week. The five-time champions had only managed two wins in their first ten games eventually bowing out of the tournament early. They have three games remaining in the season and will be looking to end the season on a high with some wins behind their back.