'Some of the words were exchanged and we were really not happy', says Jasprit Bumrah 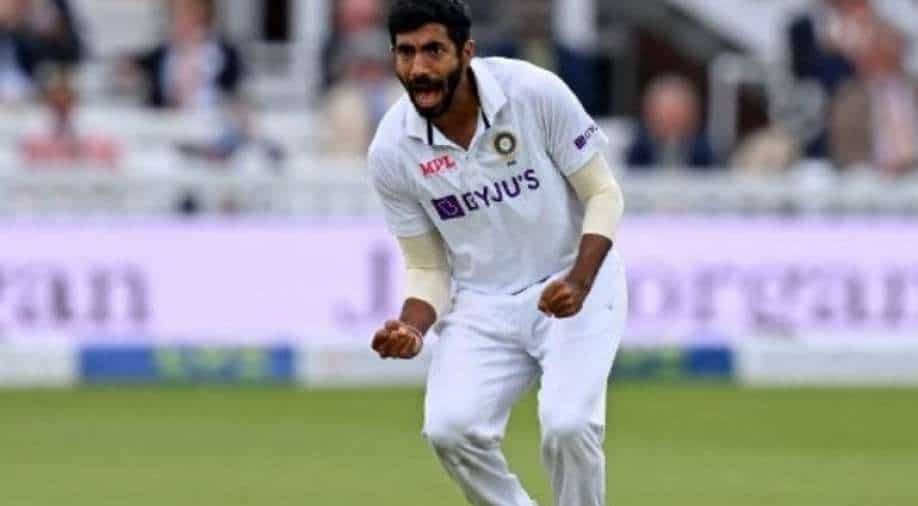 Bumrah's reaction came after Anderson reacted to facing a barrage of bouncers against the Indian pacer during the second Test.

Jasprit Bumrah played a crucial role in India's win at the Lord's in the second Test against England. He revealed that he gave this performance after getting riled up after exchanging heated words with England players.

ALSO READ: 'You can’t be enjoying this can you?': James Anderson reveals what Virat Kohli told him during Jasprit Bumrah's over

Now, Bumrah talked about how the heated exchange between England and Indian players began. "As soon as the game got over and the day got over, some of the words were exchanged and we were really not happy. The exchanges were not pleasant. When I heard what was said, I really got riled up. Because if something comes up...I'll give it 10 times up," Bumrah told Karthik on Sky Sports.

Bumrah's reaction came after Anderson reacted to facing a barrage of bouncers against the Indian pacer during the second Test.

“I got caught off guard a little bit because all the batters coming in were saying how slow the pitch was. Banged in short; it was really slow. When I came out to bat, Joe said Bumrah was not bowling as quick as he normally does," said Anderson on Tailenders podcast.

“And then, the first ball was 90 miles an hour and on the money, wasn’t it? And it felt like, I haven’t felt like this ever in my career. I felt he wasn’t trying to get me out,” he added.

Stunned by Bumrah's spell, Anderson was fired up when the former came out to bat during India's second innings at Lord's, with Team India reduced to 209-8 with the overall lead being only 182 on Day 5. However, Bumrah-Mohammed Shami's unbeaten 89-run ninth-wicket stand, and Mohammed Siraj's 4-fer during England's run-chase, enabled India's 151-run win at Lord's.