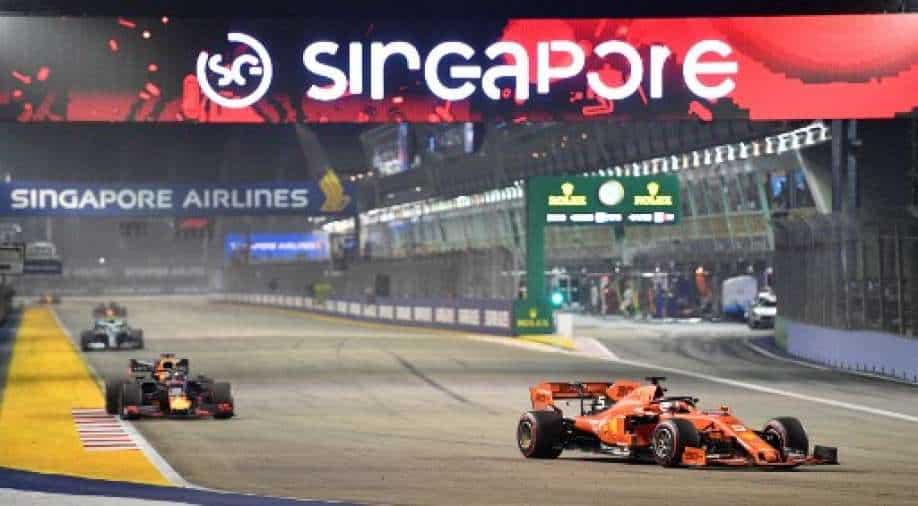 The F-1 calendar may be hit in the latter half of the year with the Japanese, Mexican and Brazilian events in doubt due to rising coronavirus cases in those countries.

Singapore Grand Prix organizers on Friday cancelled the upcoming event scheduled to be held on October 3 due to the coronavirus pandemic.

Colin Syn, deputy chairman of the race said: "We understand that our fans were looking forward to another edition of the Singapore Grand Prix, to cancel the event for a second year is an incredibly difficult decision, but a necessary one in light of the prevailing restrictions for live events in Singapore."

Reports say F-1 organizers are eyeing Turkey as a possible replacement or Austin, Texas in the US to hold two races. The other option reportedly being discussed is China as a possible venue which was postponed earlier.

Singapore recently reported a surge in virus with the Delta variant worrying health officials in the country although the country has reported just  62,000 COVID-19 cases so far and just 33 fatalities so far but an outbreak last month forced authorities to impose new restrictions.

The F-1 calendar may be hit in the latter half of the year with the Japanese, Mexican and Brazilian events in doubt due to rising coronavirus cases in those countries.

Australia has heavily restricted entry of foreigners and has been experiencing a surge in cases recently in Victoria state with reports indicating it may pull out. The Formula-1 race is currently underway in Azerbaijan's Baku with five races already over in the calendar year.

The final race is due to take place in Abu Dhabi on December 12.