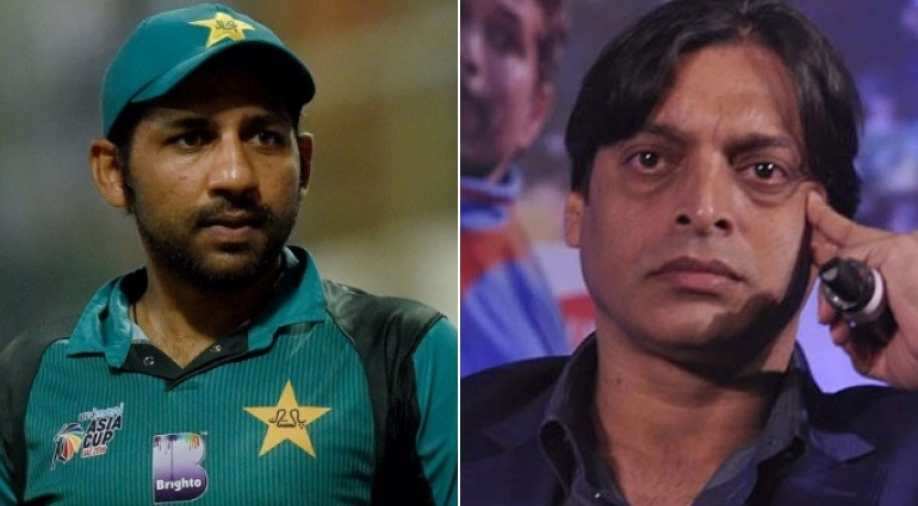 Akhtar criticised him following his suspension for hurling racial remarks at South African fast bowler Andile Phehlukwayo during their second ODI in Durban.

The 31-year-old further stated that he has accepted his mistake and is now looking forward to improving his performance.“He [Shoaib Akhtar] is attacking me personally not criticising,” Geo TV quoted Sarfaraz, as saying.

“I accepted my mistake and received the punishment. I want to thank PCB for handling this case and fulfilling requirements. I will improve myself and my performance in the future and I thank my supporters for their backing,” he added.

Akhtar had, reportedly, said that with four-match suspension for the incident, Sarfaraz has gotten off easily.

The right-arm bowler had also criticised the captain’s remarks saying that such comments are not acceptable in Pakistan.“This [Sarafaz incident] is not acceptable as a Pakistani. In my opinion he [Sarfaraz] did this in the heat of the moment. I think he should apologize publically,” Akhtar had said in a Twitter video.

When quizzed about the decision of Pakistan Cricket Board (PCB) to call him back to the country, the wicket-keeper batsman said that there is nothing surprising about it as he has been playing cricket for past five months and that he would now take some rest.

“I don`t see anything in it as I was playing cricket for the last five months. I will rest and then play Pakistan Super League,” he said.

Sarfaraz was handed over a four-match suspension by the International Cricket Council (ICC) for breaching their anti-racism code.

He was picked up by the stump mic saying, "Hey black [man], where is your mother sitting? What prayer did you get her to say for you today?" (Abay kaalay, teri ammi aaj kahan baitheen hain? Kya parhwa ke aya hai aaj tu?).As the issue raked up, the batsman had apologised personally to Phehlukwayo and had also issued a public apology.