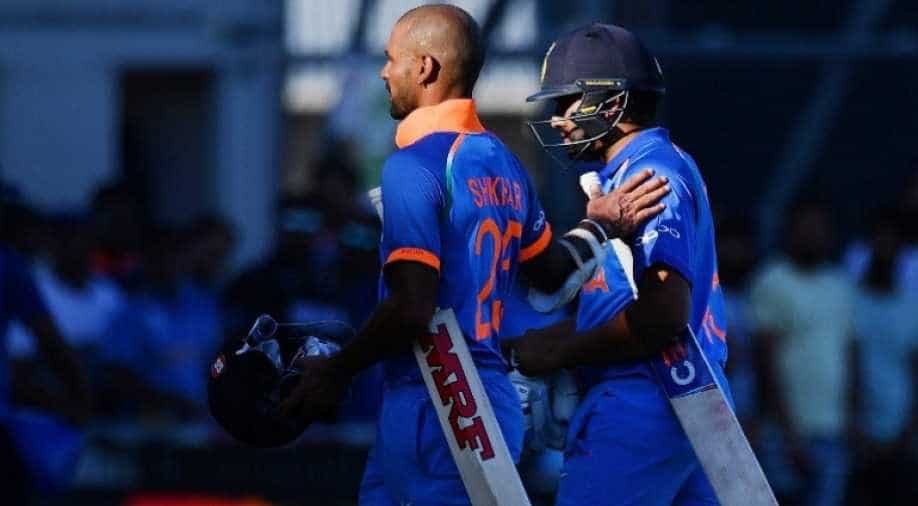 Dhawan has failed in 14 out of his 16 innings but Bangar feels that more than anything else, it's his shot selection that has let him down.

Dhawan has failed in 14 out of his 16 innings but Bangar feels that more than anything else, it's his shot selection that has let him down.

"In the previous game, he (Dhawan) was batting really well till he erred in shot selection. But from our point of view, he has been an important player," said Bangar.

"If we know that he gets going, he can give us that solidity as it is vital to have that right-left combination going. He is a hugely valuable player for us and he is expected to come good very soon," Bangar added.

Recently, Dhawan has been dropped from the top rank of India's annual contracts.

Bangar was also sympathetic for Ambati Rayudu, who Friday got a brilliant delivery from Pat Cummins.

"These games are valuable opportunities for all players concerned and even for us so that the players are at their utmost best when we go into the World Cup. Don't forget that in the last game in New Zealand, Rayudu scored a match-winning 90," Bangar said.

"Today's delivery that he got, could have gotten out any batsmen with that pace and low bounce. Players are expected to take chances and that's what we are expecting of every player," Bangar explained.

In the fourth match of the five-match series against Australia, India will look to win series in Mohali on Sunday.