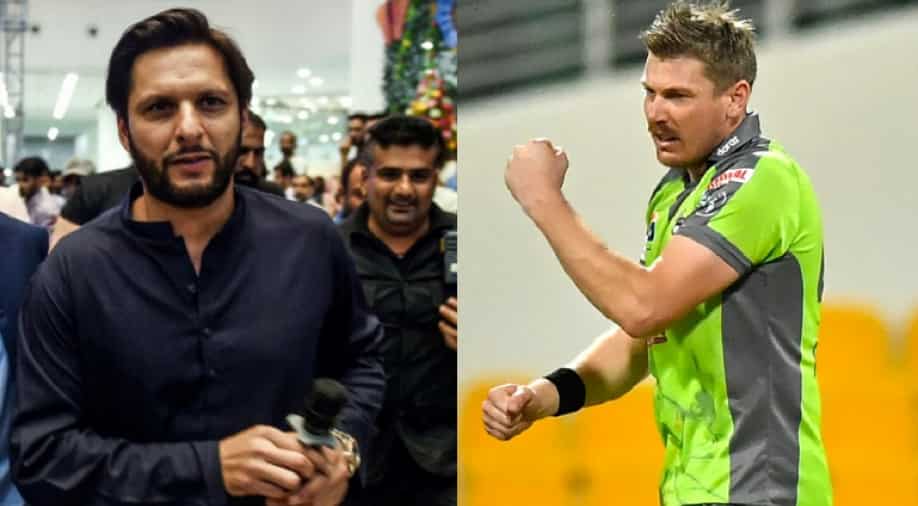 Former Pakistan captain Shahid Afridi has slammed James Faulkner for his 'baseless' allegations against the Pakistan Cricket Board (PCB).

Australian cricketer James Faulkner left the ongoing Pakistan Super League (PSL) 2022 on Saturday (February 18) and returned home due to non-payment by the Pakistan Cricket Board (PCB). Faulkner took to Twitter to reveal PCB and his franchise Quetta Gladiators have been continuously lying to him and have not 'honoured' his contractual agreement and payments.

Faulkner termed PCB's treatment of him as a 'disgrace' as he apologised to Pakistani fans for leaving the tournament midway. Responding to his accusations, PCB has termed Faulkner's allegations as 'baseless' and have also banned the Australian from taking part in the PSL for life.

As PCB faces criticism from all corners after Faulkner's allegations against the cricket board, former Pakistan captain Shahid Afridi has come out to defend the organisation. Afridi slammed Faulkner for levelling 'baseless' allegations against the board and claimed the payments of the players have never been delayed in the competition.

"Disappointed with @JamesFaulkner44 comments who reciprocated Pakistan's hospitality&arrangements by levelling baseless allegations.We al have been treated with respect &never ever our payments have been delayed. No one should be allowed to taint cricket & the #HBLPSL brand," Afridi wrote in a tweet.

Disappointed with @JamesFaulkner44 comments who reciprocated Pakistan's hospitality&arrangements by levelling baseless allegations.We al have been treated with respect &never ever our payments have been delayed. No one should be allowed to taint cricket & the #HBLPSL brand.

The Pakistan Cricket Board has also responded to the accusations made by Faulkner with a detailed statement. PCB said 70% of Faulkner's fee was deposited in his UK account in December last year. However, his agent later provided the board with revised banking details and requested the board to transfer the amount to his Australian bank account.

However, PCB stated that at the time of money transfer to his UK account, Faulkner had acknowledged the receipt of payment and that sending the amount again to his Australian account would have meant paying him twice. Thus, PCB refrained from making a second payment as requested by the Aussie cricketer.

PCB also claimed that Faulkner tried to engage with Faulkner and ensure him that his grievances will be addressed. However, he didn't cooperate and didn't turn up for his franchise in a crucial game. The Australian cricketer allegedly also damaged some hotel property before leaving.