Serie A: Second-placed Atalanta held to 1-1 draw at Verona 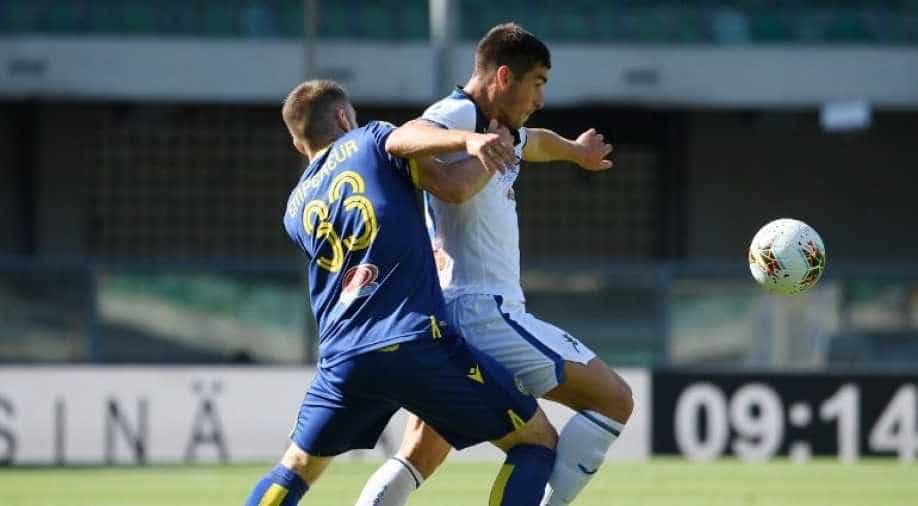 Duvan Zapata opened the score for Atlanta on the 50th minute.

Atlanta has dropped points for the second time since the season's restart after drawing 1-1 against Hellas Verona on Saturday. The last time they lost points was against Juventus last weekend when they drew 2-2.

Atlanta is currently tied on 71 points with second-placed Inter Milan, who play away at AS Roma on Sunday, and six points behind Juventus who also have a game in hand.

Duvan Zapata opened the score for Atlanta on the 50th minute.

But the visitors lost the lead within nine minutes after Matteo Pessina's strike equalled the score for Verona. Pessina was loaned by Atlanta to Verona. He made a late run into the box to pounce on Pierluigi Gollini's parry and fire home emphatically his fourth goal since the restart and seventh of the season.

Atalanta, who would have wrapped up Champions League qualification with victory, nearly took all three points in stoppage time when Mario Pasalic's effort from a cross went inches wide of the post.