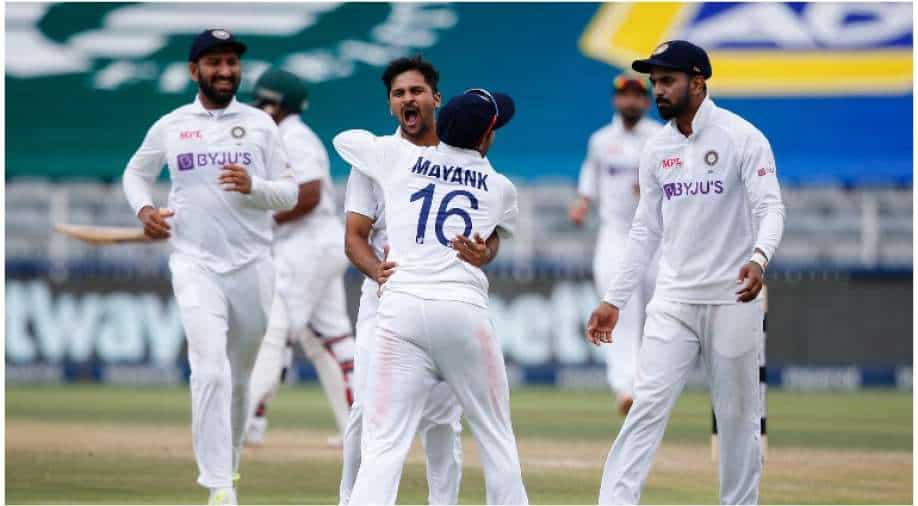 Shardul Thakur has been the star performer for Team India on Day 2 of the second and penultimate Test, versus South Africa, at The Wanderers, Johannesburg. He returned with his maiden seven-fer in SA's first essay as former Indian bowling consultant is all praise for the all-rounder.

Day 2 of the second and penultimate Test between India and South Africa has been a pulsating affair, so far, at The Wanderers, Johannesburg. With India's bowling attack comprising a not-completely fit Mohammed Siraj, the KL Rahul-led visitors had a stiff task to prevent South Africa from dictating terms after being all-out for 202 in the opening day's play.

The day started with Dean Elgar-led South Africa being 35-1, trailing India's total by 167 runs. While the pressure was maintained by Mohammed Shami and Jasprit Bumrah, all-rounder Shardul Thakur made the headlines with an astonishing performance, returning with 7 for 61 as Proteas were dismissed for 229 in the second innings of the contest. With this, the hosts lead India by 27 runs.

Seeing Shardul's impressive spell with the red cherry, former Indian bowling consultant Eric Simmons lauded Lord Shardul and said that his body language and willingness to step up for the team stands out.

"The comments by Simons came during the Lunch break show on Super Sport (at that time, Shardul had accounted for all the three scalps in the morning session's play). “He is the less illustrious of the quartet. As a person I've spoken a lot about in terms of his own self confidence but also his willingness to accept responsibilities,” said Simons.

“I wondered what was going to happen today with Siraj being injured. He did bowl a few but not with the same venom. He (Thakur) didn't bowl any better than the chaps upfront but he got the reward and this is the kind of personality we see in him,” he added.

Simmons further asserted, "Why he is part of the team, why is he such a popular member, whether it is with his bat, he's won you in Australia and England. Coming in at tough situations, he got the wicket but he actually bowled really well to get those wickets, understood the surface. Bit short initially but got fuller and found the edges. So this is the personality is exactly what I expected, take responsibility when your team needed you the most."

In his brief career in whites, Shardul has contributed in crunch situations for Team India. His fifty and four-wicket haul in the Gabba Test and twin half-centuries and vital scalps in India's Oval Test victory are some of the prime examples. His seven-fer has kept India in the contest in the second Test as Rahul & Co. will now look to setup a decent score on a tough batting surface at The Wanderers, J'burg.