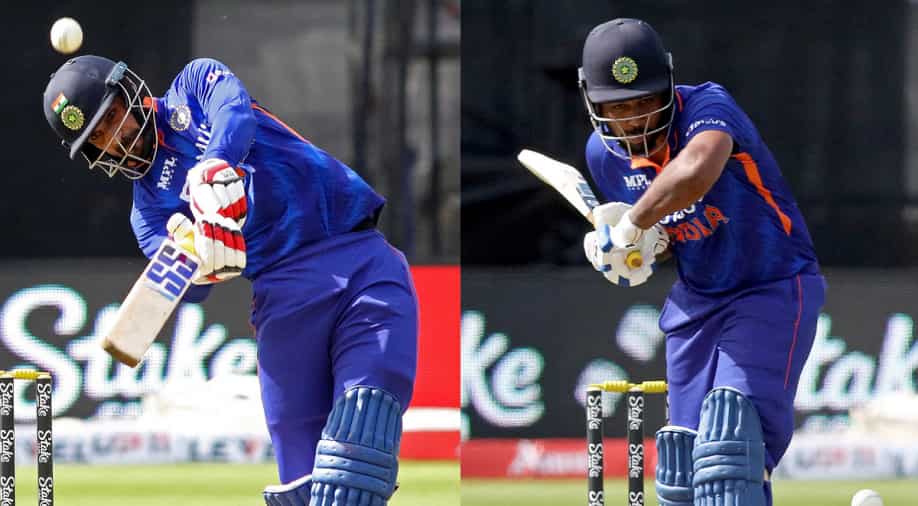 Former India cricketer Sanjay Manjrekar reacted to brilliant knocks from Sanju Samson and Deepak Hood in the second T20I against Ireland on Wednesday.

India defeated Ireland by 4 runs in a thrilling encounter in the second T20I at The Village in Dublin on Tuesday (June 28). Deepak Hooda and Sanju Samson starred with the bat as the duo played brilliant knocks to help India post a strong total of 225 runs on the board, batting first. While it was expected to be a tricky run-chase for the hosts, they came all guns blazing against the Indian bowlers and almost chased down the target before eventually falling short.

It was a terrific batting performance from India as Samson and Hooda took the Ireland bowlers to the cleaners. While Samson opened the batting with Ishan Kishan in the absence of injured Ruturaj Gaikwad, Hooda came out to bat at number three after playing a match-winning knock as an opener in the series-opener.

Hooda continued his purple patch to notch up his maiden century in T20Is en route to a stunning knock of 104 runs off 57 balls laced with 6 sixes and 9 fours. Samson too looked in splendid touch as he slammed 77 runs off 42 balls with the help of 4 sixes and 9 fours. The duo put on a 176-run stand for the second wicket - the highest partnership for Inda for any wicket in T20Is.

Following the duo's heroics against Ireland, former India cricketer Sanjay Manjrekar lauded both Samson and Hooda for their impressive knocks. The cricketer-turned commentator said the selectors' headache has turned into a migraine after their stellar show in the second T20I.

"And after that Hooda & Samson show. Selectors’ headache has nicely turned into a migraine," Manjrekar tweeted referring to the intense competition for spots in the Indian team ahead of the T20 World Cup 2022.

And after that Hooda & Samson show. Selectors’ headache has nicely turned into a migraine.#T20WorldCup

India's 2-0 series win over Ireland had a lot of positives as the Men in Blue continue their preparations for the T20 World Cup in Australia this year. The series was always going to be a test of India's benchstrength as a several first-choice players missed the two-match rubber with the Test squad in England simultaneously.

Also Read: WATCH - Fans throw punches at each other as fight breaks out during Headingley Test

While Hooda turned out to be India's top-perfomer with the bat, Samson too impressed in his solitary appereance in the series. Young pace sensation Umran Malik also made his India debut in the series and played both games. With more series lined up in the future, the selectors will be keen to keep an eye on the players who have been making waves with their performances consistently ahead of the T20 World Cup 2022.