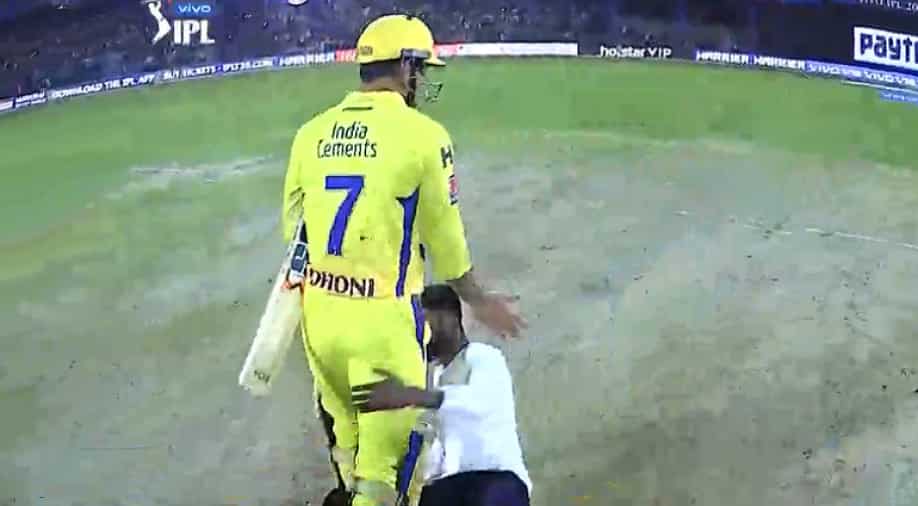 The fan was however taken away by the security officials. Chennai registered a comfortable six-wicket victory against Delhi.

Mahendra Singh Dhoni was at the receiving end of yet another pitch invasion by a fan for the umpteenth time.

During the fifth game of the Indian Premier League (IPL) against Delhi, a fan invaded the pitch and touched Chennai skipper's feet. The fan was however taken away by the security officials.

Shane Watson and Suresh Raina made batting look easy on a lifeless track. Shikhar Dhawan's painstaking half-century was the only silver lining in Delhi ' sub-par total of 147 for six which the defending champions overtook with two balls to spare.

Fan storms into MS Dhoni right after the victory. This Superman has a separate fanbase. #DCvCSK #CSKvDC #IPL2019 pic.twitter.com/ge5Lr6pNzT

Chennai were always in control of the chase despite a lot of balls being wasted by Mahendra Singh Dhoni at the back end of the innings.

He finished with figures 3/33 in four overs.