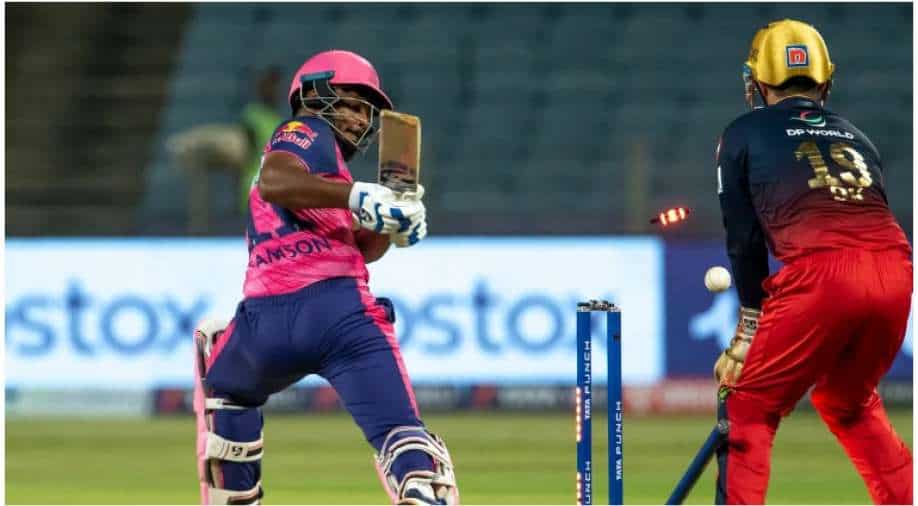 Rajasthan Royals (RR) faced Royal Challengers Bangalore (RCB) in match 39 of the IPL 2022 edition, on Tuesday evening (April 26) at the MCA Stadium, Pune. Being asked to bat first, Sanju Samson & Co. managed only 144-8, riding on Riyan Parag's 56 not out, but dismissed RCB for 115 to win by 29 runs (courtesy of R Ashwin's 3-fer and Kuldeep Sen's 4-wicket haul) and top the points table.

While RR continues to move from strength to strength in the ongoing season, with six wins from eight games, Samson has been criticised for his batting approach. Coming out to bat at No. 4, Samson had a tough task in hand as Royals were reduced to 33-3, with in-form opener Jos Buttler out for 8. Though the RR skipper played some big shots and settled in, he was dismissed for a 21-ball 27. Many former cricketers and experts lashed out at Samson for being overaggressive amid a crisis situation. He had attempted an unsuccessful reverse hit off Wanindu Hasaranga, who has dominated Samson, the batter went for the same shot on the very next ball, in the 10th over, to get clean bowled.

Thus, former West Indies speedster Ian Bishop commented on Samson's dismissal and said on ESPNcrincfo's 'T20 Time Out', "That Sanju is wasting good form and good opportunity to score runs to press for an international recall, to lead his team when Jos Buttler doesn't score."

"It's not that Sanju's out of form. But that's a match-up with Wanindu Hasaranga and him, and he should have known better. He got out of the blocks quite nicely," Bishop added.

Samson has looked good in most of his innings in this year's IPL. However, he hasn't played a big knock as yet. With India set to play the T20 World Cup later this year, in Australia, the Royals skipper needs to buckle up and produce some big scores to press hard for an international recall.