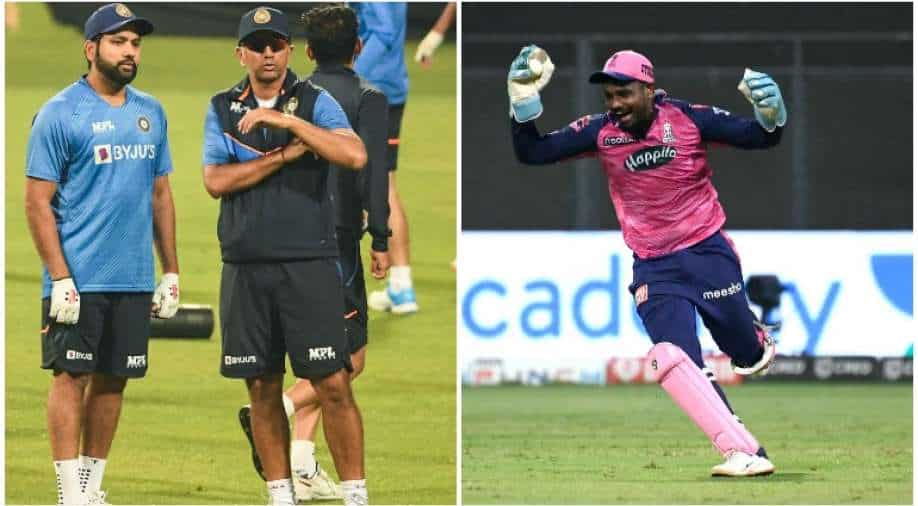 Rajasthan Royals (RR) skipper Sanju Samson recalled his IPL debut for the franchise and shared his first-ever experience of batting with then captain Rahul Dravid.

Sanju Samson has come a long way. While he has still not become a regular for Team India, the Kerala wicketkeeper-batsman has shown his talent and skills to world cricket with some cameos for the national side and his resounding success in the IPL, representing the Rajasthan Royals (RR).

At present, Samson is the captain of the one-time winners RR. Back in 2013, in his debut IPL season, he joined the team when it was being led by India's current head coach Rahul Dravid. Recalling a hilarious incident of batting alongside Dravid for the first time on Breakfast with Champions, the 27-year-old revealed to the host Gaurav Kapoor that it was one of the most special moments of his life.

"Never before or after, have I batted the way I did on those two days. I'd hit a shot and a voice from behind would come - 'What a shot'. 'Shot Sanju'! That kept pumping me up. It was magical, very special," he said.

Talking about the hilarious episode, Samson said that he was sent in at No. 3 on debut with Dravid being in the middle. "I never thought I would bat alongside Rahul Dravid. So my first game I played... I went one-down, Rahul Sir was opening. I knew they'd sent me to hit so I went and hit the first ball. I did something like that [shadow bats a shot on the leg side] and it went for a four.

"Rahul Sir came to me [while tapping on the surface] he said, 'Sanju take your time. Take a couple of balls and see what you can do. The next ball was a bouncer and I subconsciously pulled and it went for 4 runs. Sir came over and said, 'Keep going, keep going'," Samson added.

Samson has grown from strength to strength playing for the RR franchise. So far, he has amassed 3,366 runs in 131 IPL games -- while also representing the Delhi Daredevils (DD) in between -- at a strike rate of 135.73.

Talking about the Samson-led RR franchise, they are currently at the third position in the IPL 2022 points table, with six wins from ten games. They will be hoping to enter the playoffs and end their 14-year-long trophy drought.