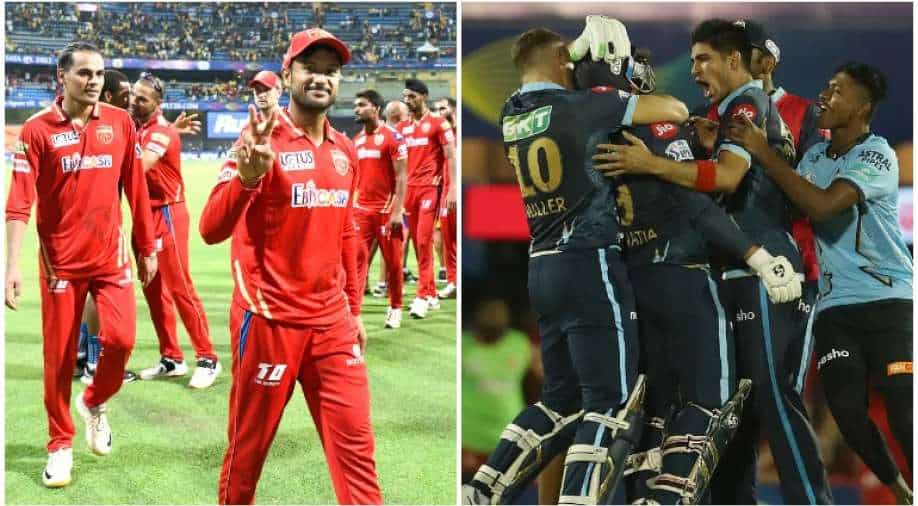 Match 48 of the IPL 2022 edition will see the Hardik Pandya-led Gujarat Titans (GT) lock horns with Mayank Agarwal's Punjab Kings (PBKS) at the Dr. DY Patil Stadium, Mumbai on Tuesday evening (May 03). While one team Gujarat has everything going right for them this season, Punjab have remained rusty and inconsistent. Hence, they have to pull up their socks in order to stay alive in the playoffs race.

Earlier, Punjab and Gujarat were involved in a humdinger of a clash when they had met in match 16 on April 8, at the Brabourne Stadium, Mumbai. Being asked to bat first, Mayank-led PBKS rode on Liam Livingstone's blistering 27-ball 64 to post 189-9. In reply, Hardik & Co. were in the run-chase courtesy of Shubman Gill's 96 but lost him and skipper Hardik as Punjab kept fighting hard to stay in the contest. Nonetheless, with 13 needed off 3 balls, Gujarat still won the game with Rahul Tewatia's two sixes in a row (and a wide-ball).

For Gujarat, they are defying odds and finding new heroes and unearthing new ways to emerge on top in every game. With one more win, they are very much set to qualify for the playoffs and, hence, will test the erratic Punjab line-up, who is still struggling to finalise a settled XI and haven't won two games on the trot so far.

Match prediction for Gujarat vs Punjab: It is expected to be a humid day. Expect toss and dew to play a part once again. Batting second team likely to walk away with a win? Gujarat are surely favourites and expected to romp past Punjab.