Same franchise supported him when his country banned him: Irfan's cryptic tweet on David Warner-SRH saga 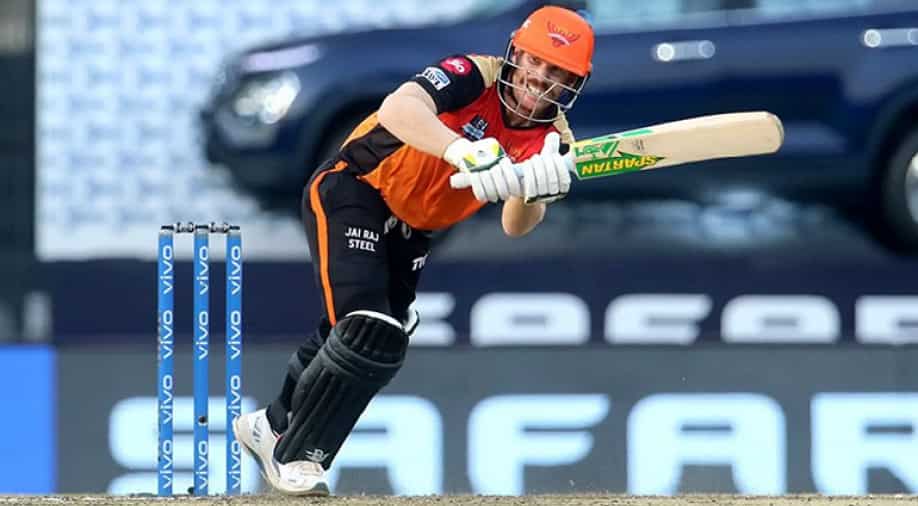 Irfan Pathan posted a cryptic tweet on Warner-SRH saga in the IPL. | Photo - IPL | Photograph:( Others )

David Warner's fall-out with Sunrisers Hyderabad (SRH) during the Indian Premier League (IPL) 2021 had sent shockwaves around the cricket fraternity. Warner was sacked from captaincy before being dropped from the playing XI as he endured one of his worst seasons in the IPL.

The star Australian batter has been released by SRH and questions are still being raised over the treatment handed out to him by the franchise. SRH are facing criticism from all quarters after their decision to retain captain Kane Williamson, and uncapped players - Umran Malik and Abdul Samad, while letting go of the likes of Warner and Rashid Khan.

Warner and Rashid have been two of the best players in the shortest format over the last few years and have been consistent performers for SRH ever since joining the franchise. While Warner's departure wouldn't have come as a surprise to many, SRH not retaining Rashid left many baffled.

With SRH still being criticised for not treating Warner well during his last season with the team, former India pacer Irfan Pathan has come up with a cryptic tweet on the saga. Pathan took to Twitter to state that SRH is the same franchise that had supported Warner when his country had banned him from playing cricket.

"Ppl who is questioning a franchise decision about a foreign player should also remember that the same franchise supported him when his own country banned him to play," Irfan wrote in a tweet.

Ppl who is questioning a franchise decision about a foreign player should also remember that the same franchise supported him when his own country banned him to play!

Also Read: Not Raina! CSK CEO names ex-player MS Dhoni & Co. will try to 'get back' in IPL 2022 mega auction

Warner was banned by Cricket Australia for a year in 2018 due to his involvement in the Sandpaper Gate. The Aussies had tampered with the ball during a Test match against Soth Africa and the incident was caught on camera. Cricket Australia was rocked by the controversy and handed out bans to Warner, Steve Smith and Cameron Bancroft.

Warner didn't take part in the IPL in 2018 but returned to open the innings for SRH in the 2019 season. He had a memorable run at the top and notched up over 600 runs in the season. Warner remains the only captain to have led SRH to an IPL title and it remains to be seen if his absence will be felt at the franchise in IPL 2022.