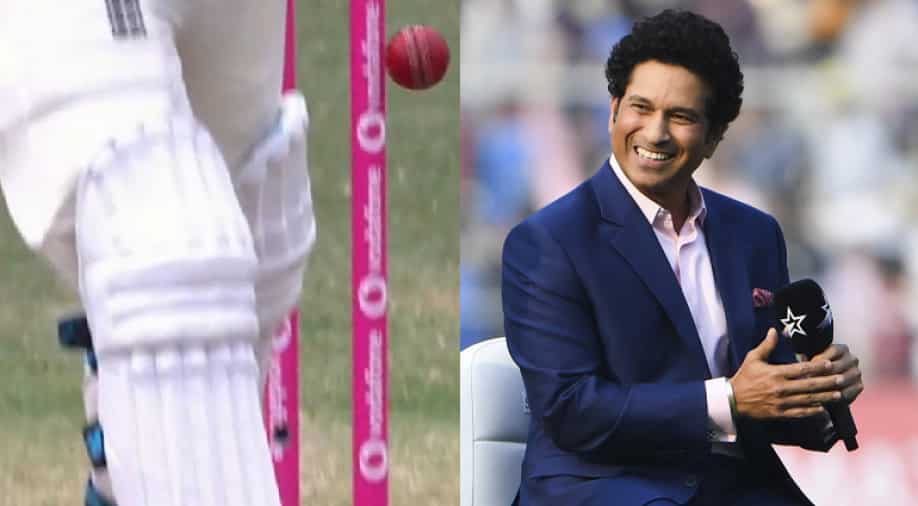 Master Blaster Sachin Tendulkar asked Twitter if a new law should be introduced in international cricket after Ben Stokes' luck escape on Day 3 of the 4th Ashes Test on Friday.

England all-rounder Ben Stokes had a miraculous escape on Day 3 of the ongoing fourth Ashes Test against Australia at the Sydney Cricket Ground (SCG) in Sydney. England were reduced to 36/4 at one stage in their first innings before Stokes and Jonny Bairstow helped the visitors fight back with a 128-run stand for the fifth wicket.

Stokes rode his luck during his 66-run knock as he incredibly escaped a bowled dismissal off the bowling of Cameron Green. The incident happened during the 31st over of England's first innings when Stokes was batting in the middle. It was an in-swinging delivery from Green which almost knocked off Stokes' off stump.

The ball nipped back in and kissed the off stump but the bails remained intact and didn't fall which saw Stokes survive. The England all-rounder along with Green and other Aussie players were left stunned as the bails didn't even move. Legendary cricketer Sachin Tendulkar took to Twitter to react to Stokes' escape and raised a valid question.

Tendulkar asked the cricket fans if a law should be introduced called 'hitting the stumps' to be fair to the bowlers when a ball hits the stump but bails are not dislodged. "Should a law be introduced called ‘hitting the stumps' after the ball has hit them but not dislodged the bails? What do you think guys? Let's be fair to bowlers," Sachin asked on Twitter.

Should a law be introduced called ‘hitting the stumps’ after the ball has hit them but not dislodged the bails? What do you think guys? Let’s be fair to bowlers! @shanewarne#AshesTestpic.twitter.com/gSH2atTGRe

The Master Blaster also tagged legendary Shane Warne in his tweet for the spinner's views on the matter. Fans were quick to react to Sachin's question and came up with mixed suggestions.

I agree... Also, if 3rd umpire can interfere and rule no ball from video evidence, he should also interfere if batter is out but no appeal was made. Honestly, a batter has no right to continue if he is out, irrespective of onfield appeal.

Yes, very much so. Then perhaps we may need to stop using bails too as they too become irrelevant. Let the stumps light up the moment they are touched by any object. This will eliminate any bias or ambiguity.

No boss!First place- why bails kept atop? It has to be dislodged,whatever way!

Talking about the Test match, Bairstow and Stokes helped England fight back in the game after their poor start. While Stokes scored 66 off 91 balls, Bairstow slammed a 103-run knock and remained unbeaten to take the visitors to 258/7 at stumps on Day 3.

However, England still have a long way to go in the game as they are trailing by 158 runs and will be hoping to reduce the lead as much as possible on Day 4. Bairstow will resume England's innings with Jack Leach, who is unbeaten on 4 runs.