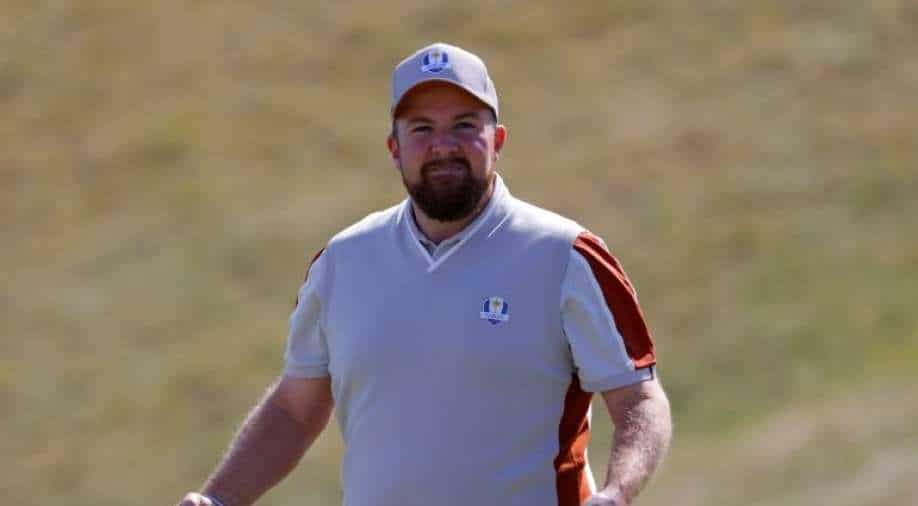 During the competition, only a handful of European fans were able to travel to Whistling Straits due to coronavirus restriction

The United States defeated Europe 19-9 to recapture the Ryder Cup on Sunday (September 26), but Ireland's Shane Lowry claimed that Europe's players and families were subjected to "dog's abuse" from the home crowd during the last weekend at Whistling Straits.

The Americans became the first team to notch 19 points, beating the previous record of 18.5 achieved twice by each team before but the European players were booed when they were introduced on the first tee and debutant Lowry said they were heckled throughout the week.

Former British Open champion Lowry said that he got on well" with the crowd until his wife told him that fans got "dog's abuse going around as well".

IN PICS | Manny Pacquiao retires from boxing: From street kid to superstar, here's a look at his career

"I didn't think it was that bad until I asked my wife what it was like for her, and they got dog's abuse going around as well," Lowry said.

"It's not very nice for them to have to listen to it, but that's a small percentage of the crowd," he added.

During the competition, only a handful of European fans were able to travel to Whistling Straits due to coronavirus restrictions, the atmosphere was even more partisan than usual.

"They are obviously a home crowd and they are going to be a partisan crowd. Some of the stuff is not very nice. But look, that's just the way it is. Some people are idiots, especially when they drink. Nobody turns into a genius with drinking, and that's what they were doing last week. Especially if you were out in the afternoon matches, it was loud," Lowry said.

Padraig Harrington's European team were overwhelmed as Lowry, one of Harrington's three captain's picks, earned a point alongside Tyrrell Hatton in the fourballs session but fell to a 4&2 defeat by Patrick Cantlay in his singles match.

"As a team it was hard for us to perform our best because you stand up and you hit a three-iron into 10 feet from 250 yards and you don't even get a ripple of applause. You almost get booed for it. But I tried to take it as best I could. I think I performed OK," he further added,

Next, Europe will get the chance to reclaim the cup in 2023 at Marco Simone Golf Club in Italy.