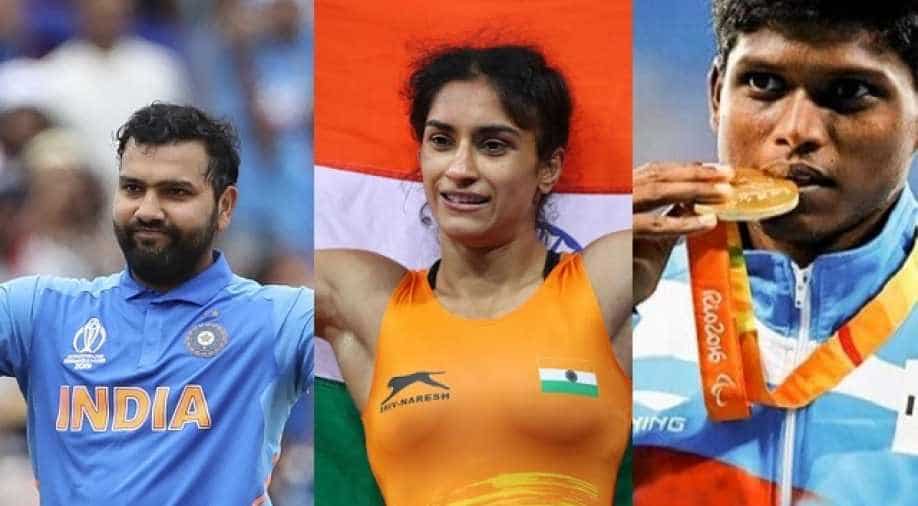 This is the first time ever where five athletes have been recommended for India’s highest sporting honour.

In 2016, star shuttler PV Sindhu, Dipa Karmakar, Jitu Rai and Sakshi Malik were collectively handed the top award.
Rohit Sharma, 33, will become the fourth cricketer after Sachin Tendulkar, MS Dhoni and Virat Kohli to be conferred with the Khel Ratna. Tendulkar was the first Indian cricketer to be awarded the Khel Ratna back in 1998 followed by Dhoni in 2007 and Kohli in 2018, who jointly was awarded the top accolade with weightlifter Mirabai Chanu.

Rohit has been awarded for his sky-touching accomplishments on the cricket field. Whereas Vinesh has been rewarded for her gold medals in 2018 Commonwealth and Asian Games along with bronze in the 2019 Asian Wrestling Championships.

Thangavelu, on the other hand, has been recognized for his gold medal in 2016 Rio Paralympics in the T42 high-jump event.

Star paddler Manika was recommended for her remarkable performance in 2018, a year during which she won the Commonwealth Games gold medal and Asian Games bronze in women's singles.