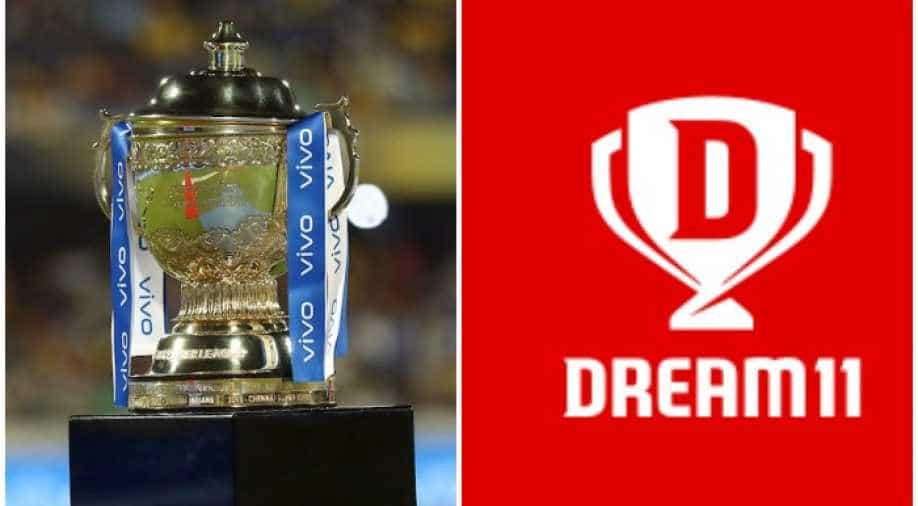 Dream11 set to be announced as title sponsor for IPL 2020 (Photo: IPL & Twitter) Photograph:( Others )

The Board of Control for Cricket in India (BCCI) is set to award the title sponsorship rights of the lucrative Indian Premier League (IPL) 2020 to Dream11.

The Board of Control for Cricket in India (BCCI) is set to award the title sponsorship rights of the lucrative Indian Premier League (IPL) 2020 to Dream11. Already a sponsor for the BCCI, Dream11 raced ahead of heavy favourites Tata Sons and edu-tech company Unacademy and BYJU’s.

Dream11 bagged the title sponsorship of IPL 2020 due to their financial bid despite the BCCI saying that money won’t be the only factor in the bidding process. Apparently, Dream11 submitted a bid of INR 222 crore with Unacademy following close with INR 170 crore bid. Tatas and Byju’s had submitted a bit of INR 180 and 170 crore respectively.

The title sponsor of IPL 2020 was left vacant after Vivo – a Chinese mobile manufacturing giant, withdrew for the year following Boycott China trend in the wake of India-China standoff at the Galwan Valley in Ladakh in June. Vivo, which signed a deal of 2000-crore plus deal for a five-year tenure (2018-2022), is a fully funded by a Chinese company.

An official announcement by the Board of Control for Cricket in India is expected soon along with the schedule for IPL 2020.

Meanwhile, the 13th edition of IPL is set to be held in the United Arab Emirates from September 19 with the final scheduled on November 10. The teams have already started to assemble and will be jetting off to the UAE after August 20.

As per the BCCI’s SOP, players and staffs have to remain inside bio-secure bubbles during the course of IPL 2020.